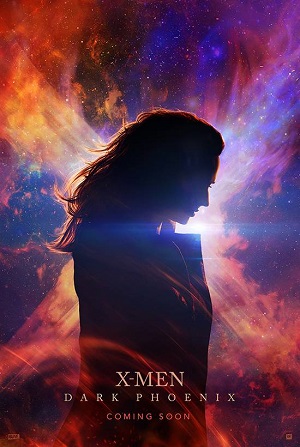 In X-Men Dark Phoenix, the X-Men face their most formidable and powerful foe: one of their own, Jean Grey. During a rescue mission in space, Jean is nearly killed when she is hit by a mysterious cosmic force. Once she returns home, this force not only makes her infinitely more powerful, but far more unstable. Wrestling with this entity inside her, Jean unleashes her powers in ways she can neither comprehend nor contain. With Jean spiralling out of control, and hurting the ones she loves most, she begins to unravel the very fabric that holds the X-Men together. Now, with this family falling apart, they must find a way to unite - not only to save Jean's soul, but to save our very planet from aliens who wish to weaponise this force and rule the galaxy.

Working on many of the X-Men movies has afforded Kinberg a ringside seat to the mechanics of the franchise and now with his turn at the helm he recently spoke to the team at Empire Magazine about his desire to make his film "more naturalistic, I wanted it to feel edgier, more handmade, more real. I was very inspired by what James Mangold did with Logan, and I felt like if I could bring a measure of that aesthetic in the film that all of the intergalactic and larger-scale things that happen in the movie would feel more shocking, more realistic, more emotional. They’d be grounded in some reality. And so, all of the movie – from the costumes, to the title card, to the set design, to the way the X-jet looks – all of that stuff is just more analogue in a way. More like, let’s say, the original Star Wars movies. Not that analogue, but the movies I grew up loving had this very gritty, edgy, cool, human feeling to them.”

Much has also been made of the delay in releasing Dark Phoenix. However Kinberg is quick to refute it being an issue rather it allowed more time tighten the visual effects, saying "movies get pushed all the time. I remember JJ (Abrams) pushed Star Trek a year, then he pushed Star Wars a year, and those movies turned out great, and our movie’s turned out great as well. We really wanted to wait until the visual effects…the biggest challenge of this movie in terms of time is visual effects. There’s a lot of visual effects in this movie. They’re really intricate, more intricate than we’ve ever had in these films, partly because it goes into outer space and that’s hard to render. And the movie will be done in actually just a couple of months, and you look at the calendar and you start to see competitively where the best place for it to be released would be, the best time, and the studio felt like it warranted a big summer blockbuster release because it became, despite its intimacy, a very big-scale film. So we started looking at summer, and that was the perfect date for it.”

So it looks like we can rest up and relax and wait for X-Men: Dark Phoenix to hit the big screen!

X-Men Dark Phoenix is released at Showcase on June 7