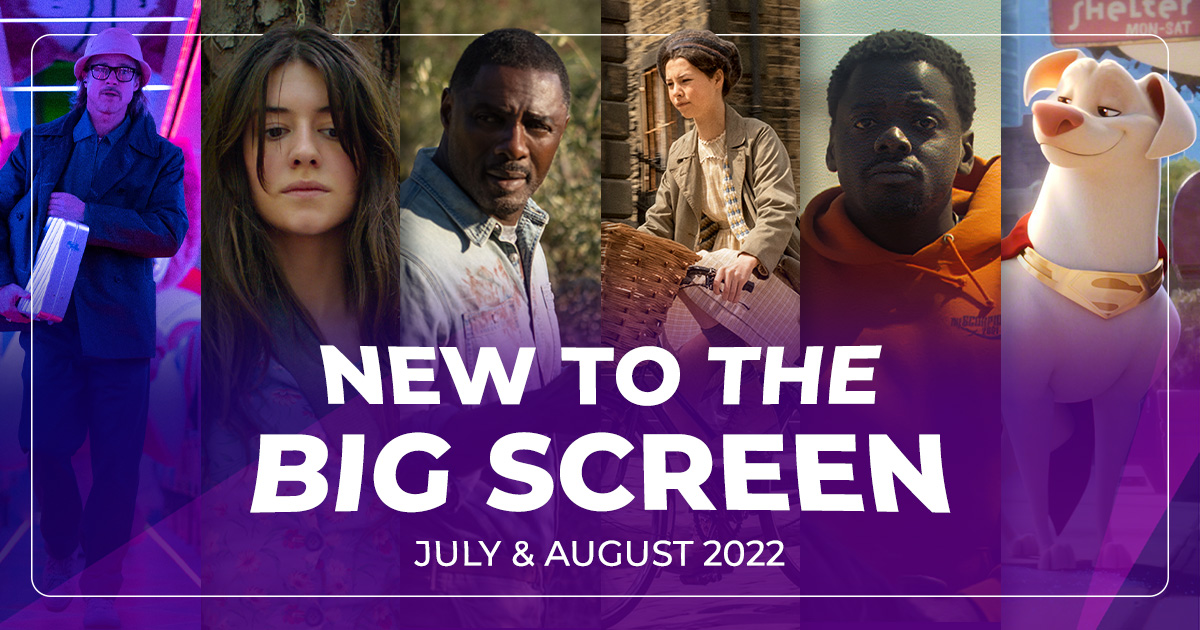 What's On This Summer?

We have so many great films to look forward to here at Showcase Cinemas, absolutely plenty to be excited about for the rest of the year. Here we look at the remainder of July and August. So what is in store for us film fans? Well, we have a sequel, a best-selling book adaptation, some super animation, fast rides on both road and train and thrillers.

Where the Crawdads Sing (with free gift for Insiders)

Based on Delia Owens and produced by Reece Witherspoon, Where the Crawdads Sing tells the story of an abandoned as a girl, Kya raised herself in the dangerous marshlands of North Carolina. For years, rumours of the marsh girl haunted Barkley Cove, isolating the sharp and resilient Kya from her community. Drawn to two young men from town, she opens herself to a new and startling world.

Insiders, pick up a free colouring book from the box office when you watch the film!

Krypto the Super-Dog (Dwayne Johnson) and Superman (John Krasinski ) are inseparable best friends, sharing the same superpowers and fighting crime side by side in Metropolis. However, when the Man of Steel and the rest of the Justice League are kidnapped, Krypto must convince a ragtag group of animals to master their own newfound powers for a rescue mission.

Trained killer Ladybug (Brad Pitt) wants to give up the life but is pulled back in by his handler Maria Beetle in order to collect a briefcase on a bullet train heading from Tokyo to Kyoto. Onboard the train, he and other competing assassins discover their objectives are all connected

After shocking audiences with thrills and spills on Get Out (2017) and Us (2019), Jordan Peele returns with Nope. His latest big screen adventure tells the tale of ranch-owning siblings OJ (Daniel Kaluuya) and Emerald Haywood (Keke Palmer) attempt to capture video evidence of an unidentified flying object.

Idris Elba stars in Baltasar Kormákur's (2 Guns (2013), Everest (2015)), Beast, as a recently widowed husband returns to South Africa, where he first met his wife, on a long-planned trip with his two teenage daughters to a game reserve managed by an old family friend and fellow wildlife biologist. Soon, however, a ferocious, man-hunting lion begins attacking them and devouring anyone in its path. Their journey of healing turns into a fight where their resilience will be tested.

As we said, there are some great films to be excited about. Next up, we shine the light to September releases.