A Peek Into Showcase From April - June

Here we showcase the films to get excited about over the next three months!

Based on Stephen King’s seminal novel of the same name, Pet Sematary tells the story of Louis Creed, played by Jason Clarke, who moves with his family only to discover a nearby burial ground. We look forward to welcoming one of the most anticipated horrors of 2019 to Showcase. 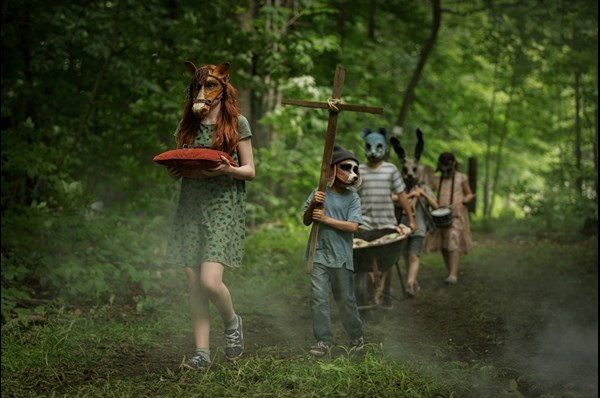 Billy Batson is a streetwise 14-year-old who can magically transform into the adult superhero Shazam simply by shouting out one word. His new found powers soon get put to the test when he squares off against the evil Dr. Thaddeus Sivana. Adrift in space with no food or water, Tony Stark sends a message to Pepper Potts as his oxygen supply starts to dwindle. Meanwhile, the remaining Avengers - Thor, Black Widow, Captain America and Bruce Banner - must figure out a way to bring back their vanquished allies for an epic showdown with Thanos - the evil demigod who decimated the planet and the universe. Guy Ritchie directs Disney’s live action Aladdin. The film stars Will Smith as the Genie; Mena Massoud as Aladdin and Naomi Scott as Jasmine and of course features the unforgettable songs of Alan Menkin and Tim Rice.

Aladdin is released May 22 The Secret Life Of Pets 2

The Secret Life of Pets 2 is the sequel to the 2016 blockbuster and continues the story of Max and his pet friends and the lives they lead after their owners leave for work or school each day.

The Secret Life Of Pets 2 is released May 25 Godzilla: King of the Monsters

Expect mayhem in Godzilla: King of the Monsters when the crypto-zoological agency Monarch face off against a battery of god-sized monsters, including the mighty Godzilla.

Godzilla: King Of Monsters is released May 31

Also released in May

The X-Men must band together against perhaps their most formidable foe yet, one of their own, Dr Jean Grey (Famke Janssen)! After a rescue mission Grey is hit by a mysterious force, which not only makes her powerful but also very unstable. Simon Kinberg directs an all-star cast including Michael Fassbender, Jessica Chastain, Jennifer Lawrence and James McAvoy.

Agent H (Chris Hemsworth) and Agent M (Tessa Thompson) employ high-tech weaponry to battle mischievous aliens on Earth. It’s been a long time coming back we are pleased to welcome back the protectors of earth, MIB! Woody, Buzz and co are now enjoying their new life with Bonnie. However Bonnie has created a new toy from arts and crafts named Forky. Suffering from an identity crisis, Forky leads the gang on their new adventure. Have your hankies ready as we welcome back Toy Story!