A Peek Into Showcase From July - September

Our favourite superhero family return in Incredibles 2. However it is Helen aka Elastigirl (voiced by Helen Hunt) who Towers centre stage when she is tasked to bring back the Supers. For Bob/Mr. Incredible (Craig T. Nelson) it is a case of adjustment with his new role as a stay at home dad looking after Violet, Dash and Jack-Jack. Also returning is Samuel L. Jackson as Lucius Best / Frozone and writer and director, and the voice of Edna Mode, Brad Bird.

It's a summer full of ABBA again with the return of Mamma Mia: Here We Go Again! to our screens. The film picks up with Sophie pregnant and unsure how she is going to cope. Moving between past and present Sophie begins to understand how her mother Donna navigated falling in love and bringing up a daughter. The returning cast includes Meryl Streep, Amanda Seyfried, Pierce Brosnan, Colin Firth and Julie Walters and joining them are Cher, Andy Garcia and Lily James as Young Donna.

Tom Cruise once again plays Ethan Hunt in another nail-biting Mission: Impossible adventure. In Mission: Impossible – Fallout, Hunt and his elite team of IMF agents - Rebecca  Ferguson, Simon Pegg and Ving Rhames - find themselves in a race against time after a mission goes terribly wrong. Christopher McQuarrie is again directing and overseeing yet more life-threatening stunts. 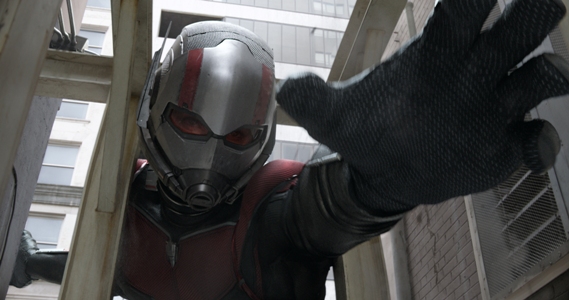 Ant-Man And The Wasp

The bite-sized superhero returns in Ant-Man And The Wasp! Scott Lang aka Ant-Man (Paul Rudd) is fighting with his conscience after his choices in the aftermath of Captain America: Civil War. However while his own internal battle rages, Hope van Dyne and Dr. Hank Pym ask him to undertake an urgent new mission.

Ant-Man And The Wasp is released August 3

As Christopher Robin reaches adulthood, Winnie-the-Pooh re-enters his life just when he needs him the most. Christopher believes of course that he is in fact losing his mind at the appearance of Pooh, but his wise old friend is on hand with his own brand of wisdom. Staring Ewan McGregor and Hayley Atwell and directed by Marc Forster (Finding Neverland, Quantum of Solace, World War Z).

Denzel Washington returns for remarkably the first sequel of his career with The Equalizer 2. He again stars as Robert McCall, the retired agent who serves unflinching justice on those he perceives merit it but how far will he go for someone he loves? Antoine Fuqua (Training Day, Olympus Has Fallen) returns to direct the sequel.

The Equalizer 2 is released August 17

The Darkest Minds, The Meg, Alpha, BlacKKKlansman, Yardie, Teen Titans Go! To The Movies, The Spy Who Dumped Me, Action Point, The Children Act, Searching, The Happytime Murders

Sent by the Vatican to Romania investigate the death of a young nun, a Priest (Demian Bichir) and a young Sister (Taissa Farmiga) confront a malevolent force in the form of a demonic nun, the same nun who terrorised audiences in The Conjuring 2.

The Nun is released September 7 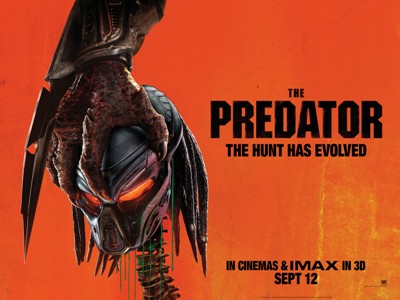 Shane Black (The Nice Guys, Iron Man 3) has written and directed The Predator, the eagerly-anticipated sequel. The film sees the alien hunter travel back to Earth in a desperate search for new kills, unfortunately for a quiet suburban neighbourhood they are chosen as its favoured location!

The Predator is released September 12

The King of Thieves

The King of Thieves is a caper film that tells the true tale of an unlikely gang of retired thieves who pull off the daring Hatton Garden jewellery heist of 2015. Entering via a lift shaft, the gang drilled through a 50cm thick vault and escaped with an haul believed to be worth around £200 million. The all-star cast includes Michael Caine, Tom Courtenay, Ray Winstone, Jim Broadbent, Charlie Cox and Paul Whitehouse and is directed by James Marsh (The Theory of Everything, The Mercy).

The King of Thieves is released September 14

The Little Stranger, The House With A Clock In Its Walls, A Simple Favour, Mile 22 and Night School