What We Know About The Whodunnit "Knives Out" So Far

Knives Out is a fresh and modern take on the classic “whodunnit” mystery genre.

Acclaimed writer and director Rian Johnson (Brick (2005), Looper (2012), Star Wars: The Last Jedi (2017)) pays tribute to mystery mastermind Agatha Christie in Knives Out, where everyone is a suspect. When renowned crime novelist Harlan Thrombey (Christopher Plummer) is found dead at his estate just after his 85th birthday, the inquisitive and debonair Detective Benoit Blanc (Daniel Craig) is mysteriously enlisted to investigate. From Harlan’s dysfunctional family to his devoted staff, Blanc sifts through a web of red herrings and self-serving lies to uncover the truth behind Harlan’s untimely death. We were intrigued to learn more about the director’s passion for the legacy of Agatha Christie on Knives Out.

“I wanted this to be a really fun, modern movie full of clues and complications and also family dynamics. Agatha Christie’s stories weren’t message-y, but if you look at her characters, they were very much about British society at the time,” Johnson says. “I think that tends to get lost today when you see all those butlers and colonels. You forget that at the time those were very fresh references to the different strata of the society. So, for me, the chance to use this genre to look at contemporary America and the types of people we’re familiar with right now was exciting.”

Johnson is perhaps best known as the writer and director of the epic Star Wars: The Last Jedi, but he’s always had a flame for a cracking good mystery; in fact, Johnson’s debut as a writer/director was the witty and inventive Brick, which transferred a classic film noir to a modern Southern California high school. And even as he went on to direct blockbusters, he dreamed of dragging a classic parlour mystery out of the fusty past into the dizzying social complexities of our lives right now.

He had a particular love of the omnibus mystery; chock full of quirky eccentrics and table-turning scenes. But whereas many such large-scale whodunnits are populated with one-dimensional characters, Johnson wanted to do the opposite. He decided to start with a cast of characters who are startlingly real - each part of a modern, sprawling, messy family navigating today’s social, political and class divides. As Detective Blanc probes their reasons for wanting Harlan dead, also unearthed is a whole cutlery drawer full of greed, envy, pride, vengeance, prejudice, lies and unsettled scores.

Johnson notes that the plotting alone posed a major challenge, since he wanted the audience to have the thrill of playing detective themselves, and to always be on their toes. “When you have a labyrinth of so many different characters, and so many different motives and all these twists and turns, even if you have the basic structure of it down, there’s a lot of math that you still have to do,” he laughs. “But the key is making all those mechanics invisible to the audience, so they’re just on this fun ride.”

Yet, he also aimed to employ the whodunnit structure to engage the audience in a wealth of human drama. “I wanted to have my cake and eat it, too,” explains Johnson. “I wanted the pleasures of the questioning at the beginning, of the eccentric detective, of the big scene at the end where the whole thing gets laid out - all the stuff I love about mysteries - but also to use the mechanics of a thriller to pull you into all that’s really going on in this family.”

As he got deeper into the characters, Johnson says he could not help but draw on his own sizable family, giving the whodunnit a personal twist. “I’m very close to my family and they’re not terrible like this family at all,” he notes. “But having grown up in a big family, I’m very familiar with all the complex dynamics and dysfunctions - and of course that can become fertile ground for both humour and drama.”

While the Thrombey family each had to have their own distinct foibles and flaws, the crux of the casting was finding the film’s one-of-kind detective. Johnson knew he needed a no-holds-barred performance. “Whether it’s Poirot, Columbo, Miss Marple or whoever, one of the big unifying elements among movie detectives is that there is always something about them that makes you not quite take them seriously. With Benoit Blanc, I tried to write a fun, flawed character that I genuinely loved and then it was really Daniel Craig who brought all this wonderful warmth to him.” 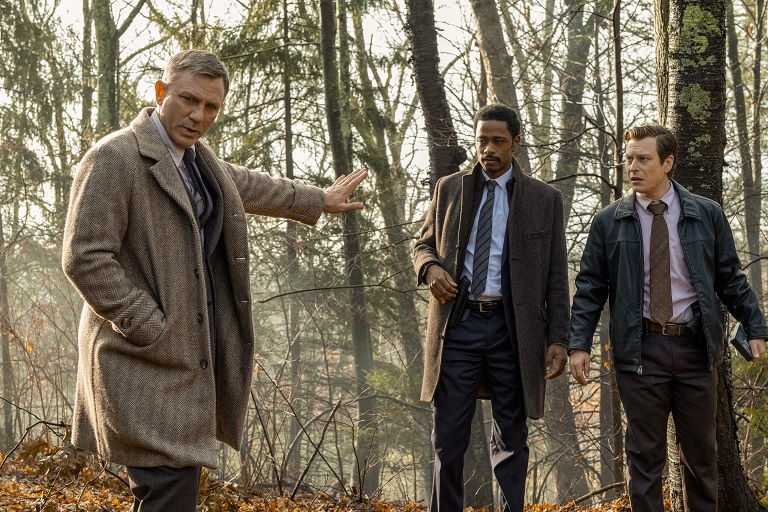 Craig was anything but an obvious choice. After all, he’s best known as a member of the small, legendary club of Agents 007, and renowned for his gritty intensity. But with Blanc, he emerges in a whole new incarnation as a genteel, unhurried Southern gumshoe who nevertheless sets each member of the Thrombey family so off-balance that the pieces begin to fall.

For Craig, the challenge of embodying such an unlikely role was irresistible. Starting by modelling Blanc’s Tennessee drawl after real-life Southern historian Shelby Foote, he then submersed himself in the history of movie detectives. “I grew up on Agatha Christie movies, and I also love Sleuth with Michael Caine and Christopher Reeve, these sorts of chamber pieces where everything unfolds all in one location,” he says. “But Rian brings a fresh take and an edge that feels very modern and is a lot of fun.”

Knives Out opens at Showcase Cinemas on November 29