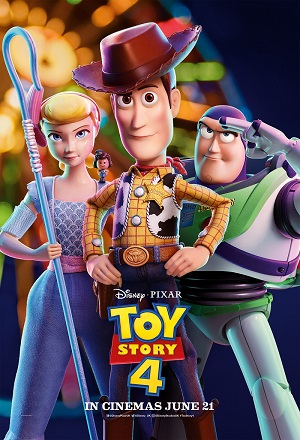 Woody, Buzz Lightyear and the rest of the gang embark on a road trip with Bonnie and a new toy named Forky.

The adventurous journey turns into an unexpected reunion as Woody's slight detour leads him to his long-lost friend Bo Peep. As Woody and Bo discuss the old days, they soon start to realise that they're worlds apart when it comes to what they want from life as a toy.

Yes, Woody and his pals are back to once again grace the big screens here at Showcase Cinemas. In the director’s chair is Josh Cooley. Previously a storyboard artist at Pixar working on films such as Incredibles (2004), Cars (2006), Ratatouille (2007), Up (2009) and as a writer on Inside Out (2015), Toy Story 4 is his feature directorial debut.

No surprises that Cooley has spoken of a few sleepless nights and nerves, but also the huge honour at being asked to take on the challenge of furthering the adventures of our favourite cowboy, spaceman and their cohorts.

Key to any success was convincing both Tom Hanks and Tim Allen to return.

Speaking to Cinemablend, Cooley had this to say: “I know that I was nervous to give them a pitch of the story for the first time, a pitch of what was ultimately the story we were going to make. In fact, when Tom came up to Pixar and he was like, ‘Okay, what's going on? What's happening here?’ Because we had been working on it for a couple of years already. And so I said, ‘Well here, I'm going to give you a picture of everything we're doing.’ And you know, it's Tom Hanks. He's been doing Woody for 25 years. And so I was just kind of naturally thinking, ‘Geez, I hope he likes this idea because that would be nice.’ I got through the pitch to [a scene where] Bonnie's in a classroom and she's sitting there alone and Tom said, ‘All right, you got me. Okay.’

He goes, ‘I don't know how you guys are doing this. You got me already!’ That was a huge kind of a relief. I felt like he was totally engaged.

The same thing happened with Tim. Our first session, I walked him through the story and he's laughing and really having a great time listening to it. I respect those guys so much that it was just such a relief to hear them and see them kind of light up and be thrilled to be part of it.” 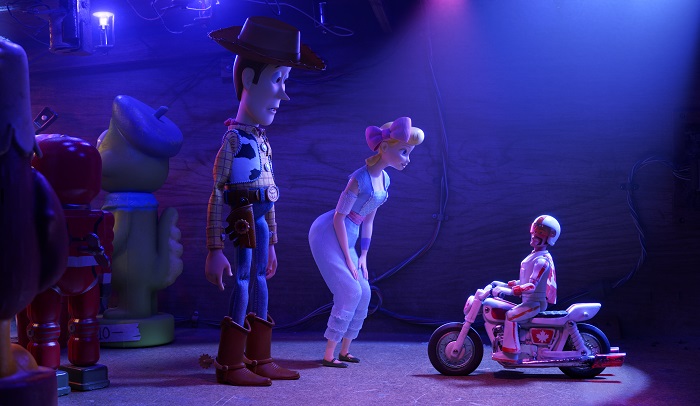 So we are assured of another great adventure and as with all Pixar films we are also assured of an emotional ride, indeed Tom Hanks recently reported that he felt so emotional while recording his lines that he had to turn his back on the crew.

We cannot wait to round up the gang!

Toy Story 4 is at Showcase on June 21