The True Life Story of When Hero Becomes Suspect

“There is a bomb in Centennial Park. You have thirty minutes.”

The world is first introduced to Richard Jewell as the 1996 Atlanta Olympics security guard who reports finding a device - his report making him a hero whose swift actions save countless lives. But within days, the law enforcement wannabe becomes the FBI’s number one suspect, vilified by press and public alike, his life ripped apart. Reaching out to independent, anti-establishment attorney Watson Bryant, Jewell staunchly professes his innocence. But Bryant finds he is out of his depth as he fights the combined powers of the FBI, GBI and APD to clear his client’s name, while keeping Richard from trusting the very people trying to destroy him. 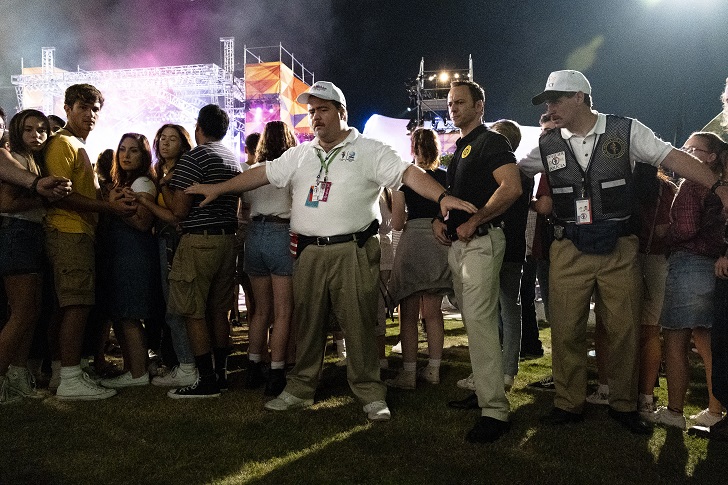 For Eastwood the tale of Richard Jewell is telling "a great American tragedy," and one he has been eager to tell for many years. The legendary director went on to say, "It's always tragic when people run off with half information and don't really have the truth set up in front of them. The press is sometimes in a hurry because there's so much competition to be the first to do something."

Speaking to the Associated Press, Paul Walter Hauser hoped that the film would go some way to clearing the name of Richard Jewell. “The hope with this film, other than entertaining an audience - we're still in the business of entertaining and telling a great story - but the greater picture, of course, is the echo effect it will have on the public of clearing his name to all people. And I think that this is a victory lap for the Jewell family, as much as they can have without Richard here with them.”

Eastwood also added that he hoped that his film would convey to audiences that “we shouldn't jump to conclusions right away, and we should go back to the basics of innocent until proven guilty. That's not happening in a lot of situations nowadays, it didn't happen in his case definitely."

Nearing 90 years of age, Eastwood shows no signs of slowing up. Always looking ahead to the next project, he was recently asked for his secret, to which he replied, “No Mickey Mousing around!”

Richard Jewell is a story of what happens when what is reported as fact obscures the truth. The film has garnered great early reviews and Kathy Bates’ performance has seen her nominated for a Best Supporting Academy Award, so we wish her well at the forthcoming Oscars.