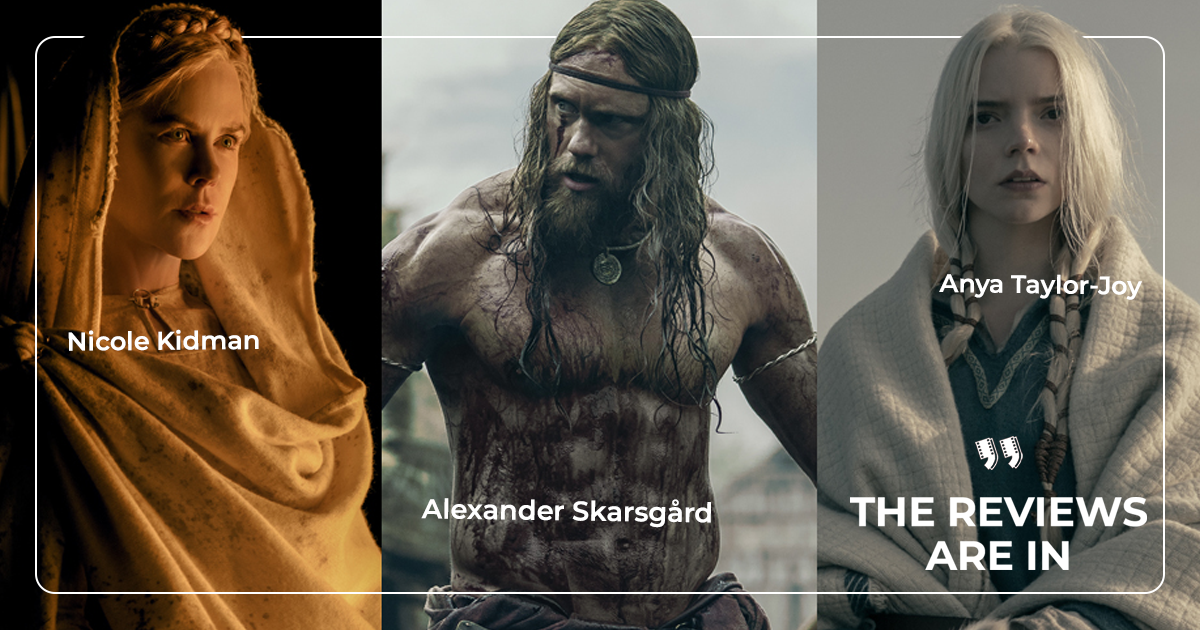 Here's what the critics are saying about The Northman

Prince Amleth is on the verge of becoming a man when his father is brutally murdered by his uncle, who kidnaps the boy's mother. Two decades later, Amleth is now a Viking who raids Slavic villages. He soon meets a seeress who reminds him of his vow -- save his mother, kill his uncle, and avenge his father.

The Northman is directed by Robert Eggers (The Witch (2015) and The Lighthouse (2019)) and stars Alexander Skarsgård, Nicole Kidman, Willem Dafoe, Anya Taylor-Joy, Ethan Hawke and Björk.

And we are excited to say the word leading into its release is we are in for a pretty spectacular big screen treat.

It’s entirely outrageous, with some epic visions of the flaring cosmos. I couldn’t look away.

This is intimate, culturally rich storytelling on a brutally epic scale. Skarsgård is in his element, bolstered by a sensational cast throwing themselves headfirst into Eggers and Sjón’s awe-inspiring vision. A cinematic saga worthy of the ancestors.

… this is the kind of filmmaking that rips you out of your body so hard that you’re liable to forget what year it is.

Prince Amleth is the hunky, heroically vengeful killing machine with a heart that Skarsgård was born to play.

A superb Skarsgård balances the bodily vigorousness required with the shattered innocence that defines his part.

[Nicole Kidman] delivers a performance so feral it seems to shake the very foundations of the frame she inhabits.

The Northman is at Showcase NOW!