Ansel Elgort On "The Goldfinch"

A young boy, Theodore Becker, is taken in by a wealthy New York Upper East Side family after his mother is killed in a bombing at the Metropolitan Museum of Art.

As he grows up, his mother’s absence combined with the presence of the painting lead him to make extreme life choices which take him around the world for a decade marked with adventure, sorrow, mystery, and redemption.

The Goldfinch, adapted from Donna Tartt’s Pulitzer Prize-winning novel, is one of the most highly anticipated films of the year. Tartt’s epic novel (it runs to nearly 800 pages) was published in 2013 and it immediately became a global best-seller, spending over thirty weeks on the New York Times bestseller list. 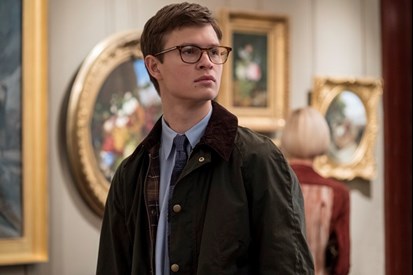 Entrusted to helm the film is BAFTA Award winning director, John Crowley, who won critical acclaim for bringing another much-loved novel to the screen with his adaptation of Colm Tóibín’s Brooklyn in 2015. The screenplay has been written by Peter Straughan and the legendary Oscar winning cinematographer Roger Deakins (Blade Runner 2049 (2017), Sicario (2015), Skyfall (2012)), has shot the film.

Equally importantly is who has been cast in The Goldfinch?

Ansel Elgort the star of The Fault in Our Stars (2014) and Baby Driver (2017) is playing Theo, with Oakes Fegley playing the younger version of him.

Nicole Kidman is Mrs. Barbour, the austere mother of the family who take in Theo, and starring alongside the Oscar winning superstar is Luke Wilson as Theo’s father, Sarah Paulson as Larry’s girlfriend Xandra, Jeffrey Wright as antique shop owner Hobie and Ashleigh Cummings as Theo’s love interest Pippa.

When we saw the first trailer at CinemaCon in Las Vegas, Ansel Elgort spoke about his love for the story and both his director and cinematographer. 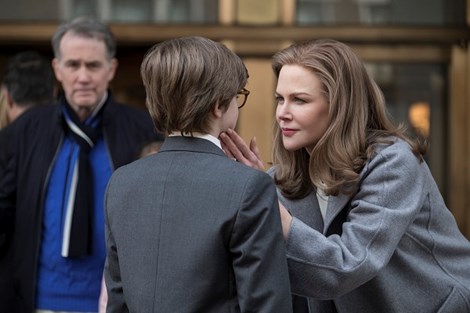 “Well, I read the book and it is an epic story, really great. And I heard they were making a movie, John Crowley directing it and Roger Deakins, who had just won the Oscar for Blade Runner, and I knew they would be able to capture Donna Tartt’s tone, and that was so important. I hope that people find a piece of themselves in the story, and I hope that whatever drew all those people to that book will also draw them to this movie. I think they will be drawn to this movie, because they did a pretty great job capturing that tone and telling this epic story.”

So for the legions of fans of the book there is much to be excited about with the forthcoming release of The Goldfinch.  Here at Showcase Cinemas we cannot wait!

The Goldfinch opens at Showcase Cinemas on September 27