Greed tells the story of self-made British billionaire Sir Richard McCreadie (Steve Coogan), whose retail empire is in crisis. For 30 years he has ruled the world of retail fashion - bringing the high street to the catwalk and the catwalk to the high street - but after a damaging public inquiry, his image is tarnished. To save his reputation, he decides to bounce back with a highly publicised and extravagant party celebrating his 60th birthday on the Greek island of Mykonos. A satire on the grotesque inequality of wealth in the fashion industry, the film sees McCreadie’s rise and fall through the eyes of his biographer, Nick (David Mitchell).

Greed is the latest big screen satirical adventure from British director Michael Winterbottom. We are always interested as to how films come into being and were intrigued to learn of the concept of a making a film about a larger-than-life businessman that started to grow in the director’s mind. Over time, he came up with the character of Richard “Greedy” McCreadie, a self-made man whose reputation takes a dramatic tumble just as he prepares to celebrate his 60th birthday with a highly publicised toga party in Greece.

“It just struck me as a rich and quite simple way of looking at what is quite a complex subject,” Winterbottom says, “because you’re seeing it through the eyes of a billionaire who’s very hands on and who has built his business through the ’80s, ’90s and into the ’00s. In a way, Richard McCreadie represents that kind of era: how the markets work, how the world has changed, how capitalism has changed, how globalisation has changed the world, and so on. McCreadie, to me, was someone who could bring together quite large, different strands of how the world has changed in the last 30 years - he’s a man of his time. And one of the attractions was that you could draw together various different strands - whether it’s women workers in Sri Lanka, or dodgy business deals, or leveraged takeovers on the British high street - from the point of view of one fictional character.” 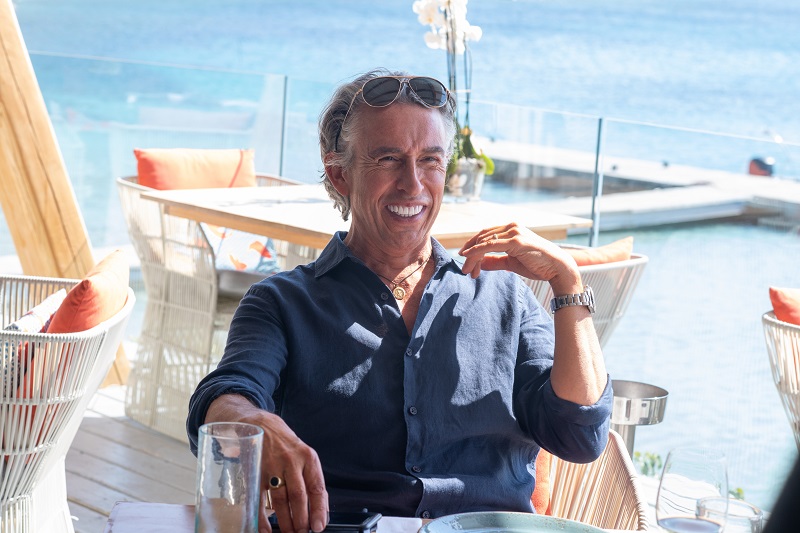 What is slightly unusual, though, is that despite the seriousness of the subject matter, Winterbottom uses humour to get his message across - but he is reluctant to call the film a comedy.

“I’m not sure it is a comedy,” he muses. “Comedy is always a tricky term. Hopefully it’s entertaining, and hopefully there are funny bits in it. But I have to say, when we were trying to persuade people to give us money for the film and we had to give them an idea of the film, the references we gave them were films like The Big Short, which has comedy actors in it but is not a comedy at all, and other films about business - you could say it’s like a jokey version of Citizen Kane, looking back on someone’s career, or The Social Network. All our reference points were about how to deal with complex business issues through films that take a certain character as a central point. There was never a reference to comedy films we thought it was going to be like.”

Surprisingly, Winterbottom did not immediately have his frequent collaborator Steve Coogan in mind for the role, which was initially conceived to be an entirely unscripted project. “I’d heard about it,” Coogan remembers, “and it sounded like an interesting idea. I said to Michael, ‘Look, I know how to do this.’ I mean, I’d made six films with him by then, so we knew how to work together.”

Winterbottom didn’t need much convincing. “Richard McCreadie has his flaws,” he says, “but he also has some good qualities as well, and I felt Steve would enjoy playing that character.”

Coogan was both inspired and challenged by the chance to play a complex character like Richard McCreadie. “When you’re playing someone who ostensibly seems quite odious,” he says, “you have to mitigate that, because no one wants to watch a film about somebody who’s just horrible. So what was good about the script - and not just the script, because we were allowed a certain amount of improvisation, which Michael likes to encourage - is that you make the character funny, then that sugars the pill somewhat. So the audience is entertained by him while being repelled by him at the same time.” 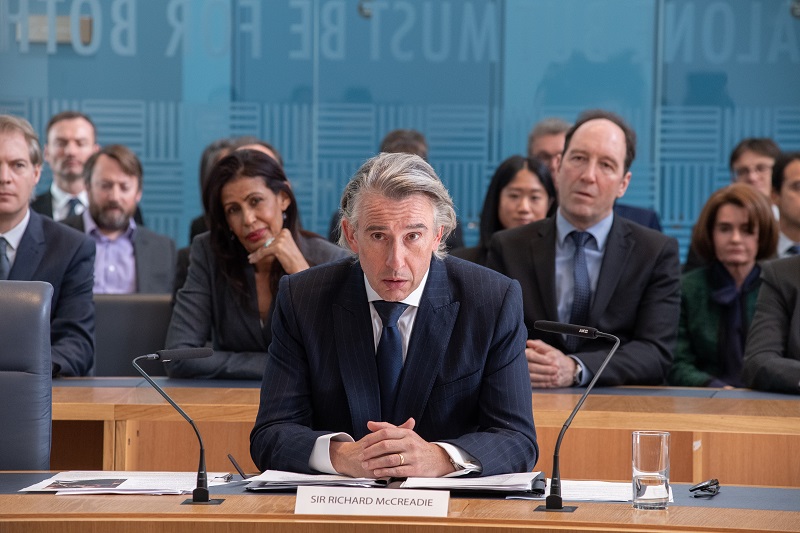 The first thing he did was to have a set of dentures made, which were super-white - in stark contrast to the character’s tangerine suntan. “At first I thought it might be too stupid, or too comical,” he says, “because the comedy has to be grounded in reality - if you make it too cartoonish, or too caricatured, then it starts to lose its teeth, if you’ll forgive the pun. We wanted to make sure the film had both physical and metaphorical teeth, so I had these overly white teeth made, which is a predilection of the super-rich - they think that they look great with a permanent tan and ridiculously white teeth. They think - because they’re surrounded by yes men - it makes them look really cool. But it just makes them look like a dick, and that’s funny. So you use physical things like that.”

As Coogan puts it, the actor frequently starts from the outside and works his way in. “When I assemble a character,” he says, “I use the external things to try and find a way into the character, because the physical stuff can help you worm your way inside the character’s psychology. I like to latch onto physical aspects, such as the way the character dresses. So we made sure McCreadie wore well-tailored clothes, but they weren’t too cool, just a bit unselfconsciously nouveau riche. Then we developed the way he walks - there’s a sort of swagger to the way he walks - and then we worked on his accent. There’s a certain Estuary English quality that he has, but he’s not too much of a barrow boy. He’s more of a public schoolboy who’s tried to rough himself up a bit because it makes him feel a bit Jack The Lad. He likes to feel a bit street smart. And he is quite street smart - he’s a wheeler-dealer. So all that physical stuff helps. You throw it all into the mix, and hopefully you come up with something that feels plausible and interesting.”

It’s always interesting when Coogan and Winterbottom pair up!

Greed is out at Showcase Cinemas on February 21.