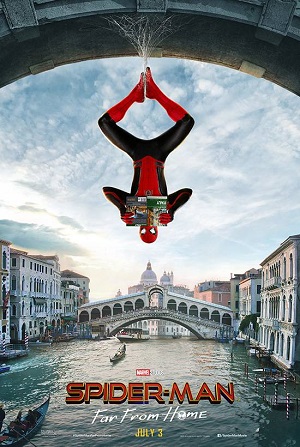 Following the events of Avengers: Endgame, Spider-Man must step up to take on new threats in a world that has changed forever.

Our friendly neighbourhood Super Hero decides to join his best friends Ned, MJ, and the rest of the gang on a European vacation. However, Peter's plan to leave super heroics behind for a few weeks are quickly scrapped when he begrudgingly agrees to help Nick Fury uncover the mystery of several elemental creature attacks, creating havoc across the continent.

Tom Holland returns in the role of Peter Parker, aka Spider-Man and recently revealed that there’s a scene in Spider-Man: Far From Home that even director Jon Watts admits fans are going to “hate”!

“There’s a scene in this film where audiences will feel like they’ve been punched in the face,” Holland told ComicBook.com. “Even filming it, I remember walking out and then watching it again on the monitors and asking (director) Jon Watts, ‘Are you sure that’s okay?’ And he’s like, ‘No, it’s not. People are going to hate this scene.’ But it really, phew, God, it’s pretty crazy and it’s very similar in the way that it’s very tense and it whips the rug from underneath your feet. It’s pretty awesome.”

What that is, Holland rightly did not reveal but it’s already been a traumatic first quarter of the film year and our favourite webslinger is predicting more for us Marvel fans to worry about and we cannot wait!

We also are intrigued to see Jake Gyllenhaal’s take on Mysterio. The trailers are leading us to think that he is friend rather than foe to Spider-Man but Watts has said that in Spider-Man: Far From Home Mysterio is “comic-book accurate.” He went on to say that “Mysterio enters the comic as a hero. So, I always took it right back to the source material and what made that character exciting initially.” 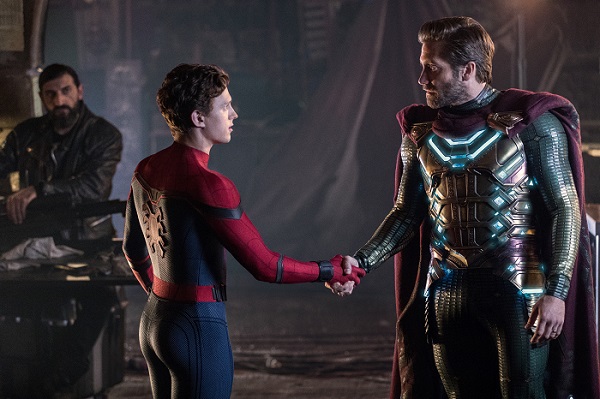 It is great to see director Jon Watts return after a successfully helming Spider-Man: Homecoming (2017), meaning the Spider-Man tattoo he had prior to the shoot is being put to good use! Despite the Avengers: Endgame link, Watts has been eager to stress that his second Spider-Man outing is set after Spider-Man: Homecoming, explaining that it is similar to that feeling when “you wake up and suddenly you are being treated like an adult, and you’re like, “Hey, wait. It was way better when I was a kid. I want to go back!” and then you can’t! That’s a little bit of the story I wanted to tell here and where it fits, for me, on Peter’s timeline of growth. The last movie he was so desperate to be a part of the Avengers and have bigger responsibilities and be more than just a neighbourhood Spider-Man. And then in Avengers 3, he goes to space! So much happens, that I wanted to capture that feeling of when you’re finally given that thing you’ve been chasing…what do you do with it?”

Spider-Man: Far From Home opens at Showcase on July 3