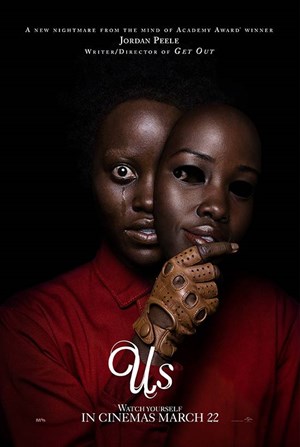 Accompanied by her husband, son and daughter, Adelaide Wilson returns to the beachfront home where she grew up as a child. Haunted by a traumatic experience from the past, Adelaide grows increasingly concerned that something bad is going to happen to her family. Her worst fears soon become a reality when four masked strangers descend upon the house, forcing the Wilsons into a fight for survival. When the masks come off, each stranger takes the appearance of a different family member.

We think you will agree that this fantastic premise deserves further investigation from its Oscar winning creator and director Jordan Peele.

“The idea for this movie came from a deep-seated fear in doppelgängers. I love doppelgänger mythologies and the movies that have dealt with them, and I wanted to make my offering to that pantheon of ‘evil-double’ films. I was drawn to this idea that we are our own worst enemy. That’s something we all know intrinsically, but it’s a truth we tend to bury. We blame the outsider; we blame ‘the other.’ In this movie, the monster has our faces.

Doppelgängers have always been a source of fear. It’s connected to your sense of mortality, I think. You can’t both exist, so one of you has to go. Throughout mythology, doppelgängers often represent bad omens or are a foreshadowing of one’s death. I wanted to pinpoint, and then develop the story, from that primal fear.”

“I tend to draw inspiration from my own fear. At some point I ask myself, ‘What’s the scariest thing for me, personally?’ In this case it was the idea of seeing myself. And then I think about what that’s really about, about why seeing yourself is so scary. No one really wants to look at their faults, their guilt, and their demons. We all want to look elsewhere.

This country (America), and how this country looks at the world, we have a fear of the outsider, it’s built into the fear of everything from terrorism to immigration. One of the great core horror films that carried a powerful social message is George A. Romero’s Night of the Living Dead (1968). That movie was about race even though they don’t really talk about race in the film. I wanted to follow that approach with this movie.” 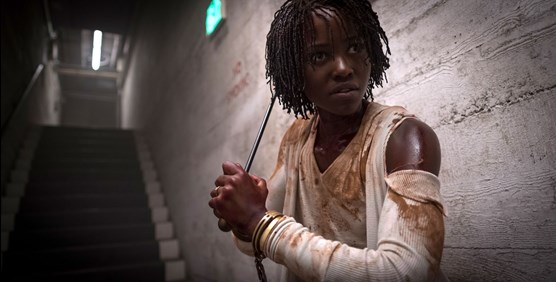 “Alien (1979) was the most ingeniously designed film I’d ever seen, not only does it still hold up today, but the ground that it broke in creating an elegant, singular monster, a new type of environment, was just…it’s just movie magic.”

Horror and comedy a perfect blend

“I love making films that are terrifying but also fun. Horror and comedy are both great ways of exposing how we feel about things. That’s what a catharsis is to me, when you have an emotional reaction watching a film and then you’re left to ask yourself, ‘What was that about? Why did I react that way? Why did I laugh? Why did I scream? Why did I cheer?’ One of the reasons I love genre films is because they push these visceral, involuntary reactions that can ultimately teach you something about yourself, if you want to look.”

“The comedy that emerges from a tense moment or scene in a horror film is necessary for cleaning the emotional palate, to release the tension. It gives your audience an opportunity to emotionally catch up and get prepared for the next run of terror. With horror, you don’t need to go much further than the truth to get a laugh. I don’t like to tell jokes, or to write something with the purpose of being funny. I like to write something that feels true to a character and true to the reality of the situation. That way, the audience never gets taken out of the moment, or out of the genre.” 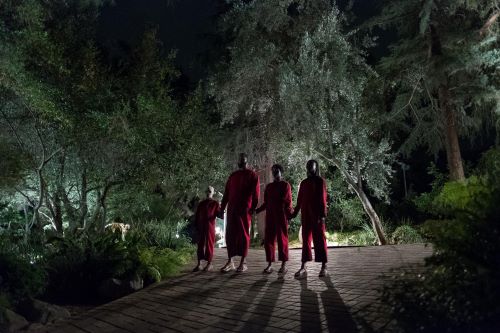 “Adelaide is a woman who has a trauma in her past that she has been dealing with throughout her life. She now has kids, a husband and sort of the perfect American family, but that trauma is still lingering in her subconscious. When she comes back with her family to the house she grew up in, she’s returning to the location of her original trauma. She starts to sense that something is wrong. That nightmare she had so many years ago is coming back, and it’s coming back for her family.”

Us as a cinematic experience

“I’m curious to see what the audience sees in the film. There are specific ideas that I’m exploring and trying to say with this film, all relating to our duality as human beings, and the guilt and the sins that we bury deep within ourselves. I’m most excited to see how audiences will react to the end of this film. It gets pretty crazy at the end.”

We are looking forward to another thrilling, terrifying cinematic experience from the singular mind of Jordan Peele.

Us opens at Showcase on Friday

Us opens at Showcase Cinemas on Friday