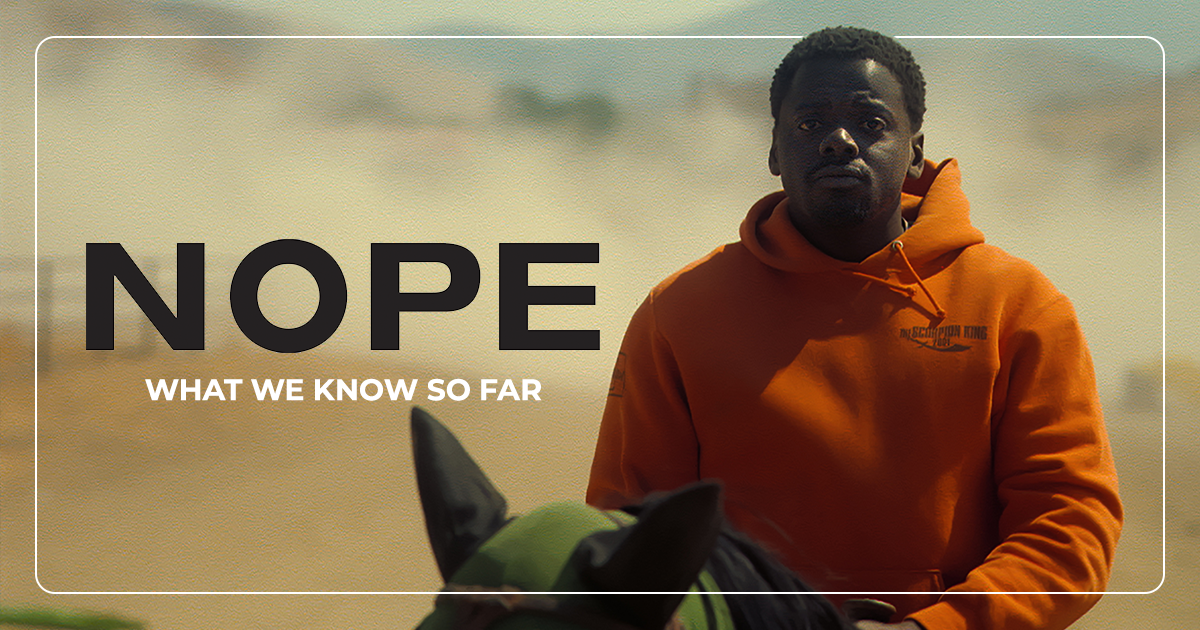 Nope - What We Know So Far

Jordan Peele returns with Nope, a film that tells the story of the residents of an isolated Californian ranch who witness a mysterious and abnormal event, which affects human and animal behaviour.

Yes, Jordan Peele is returning to the big screen! Peele received three Academy Awards nominations for Get Out (2017): Best Screenplay, Film and Direction, with the Oscar being awarded to Peele for his unique screenplay.  This success catapulted his career and he followed it up with US in 2019.

Now we are happy to say we can expect more of Peele’s unique cinema when Nope is released this coming July.

Peele is reunited with actor Daniel Kaluuya whose acclaimed performance in Get Out saw him receive an Academy Award nomination for Best Actor. Joining Kaluuya are Steven Yeun, Keke Plamer and Barbie Ferreir. Yeun was Oscar nominated for his lead role in Minari (2021).

Barbie Ferreir recently spoke of her excitement of working with Peele on Nope.

“I’m so excited for it to come out. I think people are going to love it. As he always does, Jordan Peele makes the most amazing pieces of art. They’re not even movies. They’re incredibly cerebral and fun and scary, gorgeous masterpieces. That’s like the highlight of my life, working with him. I’m so lucky to be a part of that cast in my own little way.”

Universal Pictures are rightly keeping details of the forthcoming film a closely guarded secret but what we can expect is plenty of scares and social commentary.  The poster features a cloud hovering over a small town with a horse in its grasp high in the sky; so something otherworldly is definitely going on!

Peele has teamed up with Christopher Nolan’s go to cinematographer, Hoyte van Hoytema (Interstellar (2014), Dunkirk (2017),Tenet (2020) and the forthcoming Oppenheimer (2023)) to lens his film, so we are in a visual treat for sure!

We will share more news on Nope when we have it!