Must see family films this Summer

When it comes to great films for the family we have it covered here at Showcase! Whether you and your children are looking for prehistoric animation, icons of basketball and baseball, talking rabbits or adventures on a river boat you’re in for a treat. We were all grew up watching films that have stuck with us for a lifetime and it is our pleasure to introduce five that may become classics for your children in years to come. Grab some fresh popcorn, a drink and a comfy seat and sit back to enjoy these five would-be future classics!

The Croods are back! In The Croods 2: A New Age the family are searching for a safer habitat, the when they discover an idyllic, walled-in paradise that meets all of its needs. Unfortunately, they must also learn to live with the Bettermans -- a family that's a couple of steps above them on the evolutionary ladder. As tensions between the new neighbours start to rise, a new threat soon propels both clans on an epic adventure that forces them to embrace their differences, draw strength from one another, and survive together.

A standalone sequel to the smash-hit Space Jam (1996), Space Jam: A New Legacy sees basketball legend LeBron James and his young son, Dom, get trapped in digital space by a rogue AI, named AI-G Rhythm (voiced by Don Cheadle). To get home safely, LeBron teams up with Bugs Bunny, Daffy Duck, Porky Pig, Lola Bunny and the rest of the Looney Tunes gang for a high-stakes basketball game against the AI's digitized champions of the court -- a powered-up roster called the Goon Squad.

In Peter Rabbit 2 the lovable, but mischievous bunny is back in another endearing adventure. Bea, Thomas, and the rabbits have created a makeshift family, but despite his best efforts, Peter can’t seem to shake his naughty reputation. Adventuring out of the garden, Peter finds himself in a world where his mischief is appreciated, but when his family risks everything to come looking for him, Peter must figure out what kind of bunny he wants to be. James Corden as the voice of Peter is joined by Margot Robbie as Flopsy, Elizabeth Debicki as Mopsy, Daisy Ridley as Cottontail rabbit, and Colin Moody as Benjamin.

DreamWorks Animation’s latest cinematic treat tells the story of Lucky Prescott, a headstrong young girl who befriends a wild mustang named Spirit. When a heartless wrangler plans to capture Spirit and his herd, Lucky and her new friends embark on the adventure of a lifetime to rescue the horse that forever changed her life.
Featuring the voice talent of Isabela Merced, Julianne Moore, Walton Coggins and Jake Gyllenhaal, Spirit Untamed is unbridled fun – excuse the pun! – for the whole family.

The Big Screen Is Back and our offers are better than ever. 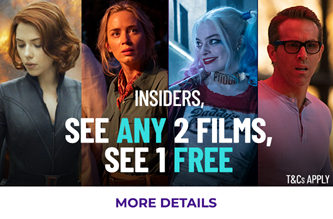 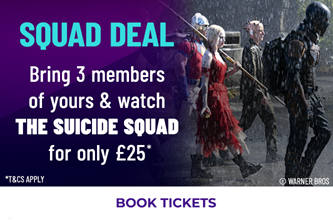 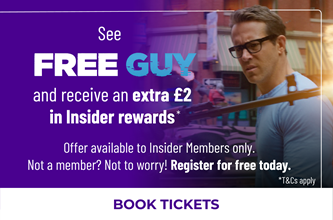