Yes, Mary Poppins is indeed returning and here at Showcase we are very excited to find out more about her return to the big screen.

Emily Blunt's Mary Poppins is back to help her former charges, Jane and Michael Banks, played by Emily Mortimer and Ben Whishaw respectively. It is now 25 years after the events of the first film. Jane is fighting for workers’ rights and Michael is a widow, raising his three children in the original house on Cherry Tree Lane, which they’re in danger of losing.

To help the family heal, Mary Poppins soars back into their lives, with the help of Bert’s former protégé Jack (Lin-Manuel Miranda) and Topsy (Meryl Streep), Mary’s cousin who lives in a flip-flopped world of opposites. In addition to Colin Firth and Angela Lansbury, the film also wonderfully sees the return of Dick Van Dyke, playing the son of Mr. Dawes, the character he portrayed in the original movie. 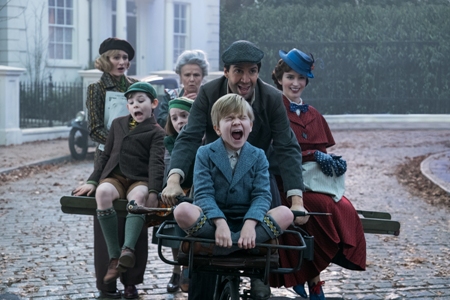 Helming Mary Poppins Returns is favoured Disney collaborator Rob Marshall (Pirates of the Caribbean: On Stranger Tides (2011), Into the Woods (2014)). He was struck by the breadth and depth in P.L. Travers’ seven books and realised quickly that here lay the basis for the new film.

As he began to shape the screenplay with David Magee (Life of Pi) (2012)) his thoughts turned to who could play the title character. The director had only one choice: Emily Blunt, saying:

"I honestly can’t think of someone else who can play the role, not the way she’ll be able to.”

His star reciprocated the love when she recently spoke to ScreenRant about her delight at working with the Oscar winning director of Chicago (2002).

"I mean we all laugh a bit about the fact that Rob makes you feel that you could do anything. In fact, we sort of, all of us come over and then we have to extract the smoke that has blown up... behind all... you know he just has this way of making you feel that you can do anything. He has this wonderful ceremonial approach to film making. He makes it magical and special for everybody. He is meticulous about the details and I just love working with him, because he just digs for gold every day. So he expects a lot of you and that comes from singing, the acting, the dancing, because he doesn't miss anything. So you do feel in such safe hands with him, in the same way he approaches me as an actor, he approaches me as a dancer now. He just... he wants it to feel like a confident exciting experience and he wants to feel characterful, as opposed to perfect. He has depth to him and I just loved every second, I find him the most elegant, wonderful person to be around." 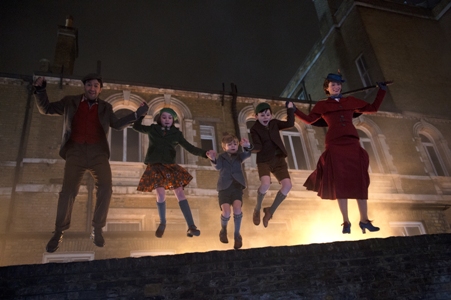 It's set to be a great Christmas with the return of Mary Poppins. We shall be sure to share more news on the film when we have it.