Ever since lawman Hobbs (Dwayne Johnson), a loyal agent of America's Diplomatic Security Service, and lawless outcast Shaw (Jason Statham), a former British military elite operative, first faced off in 2015’s Fast & Furious 7, the duo have swapped smack talk and body blows as they’ve tried to take each other down. But when cyber-genetically enhanced anarchist Brixton (Idris Elba) gains control of an insidious bio-threat that could alter humanity forever - and bests a brilliant and fearless rogue MI6 agent (Vanessa Kirby), who just happens to be Shaw’s sister - these two sworn enemies will have to partner up to bring down the only guy who might be badder than them. 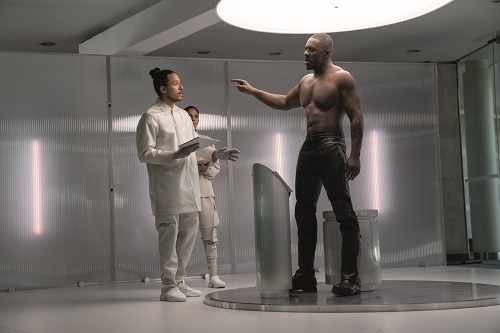 Directing the first spin-off from the incredibly successful Fast & Furious franchise is David Leitch, hot from the success of helming Deadpool 2 (2018) and prior to that the mega-hits Atomic Blonde (2017) and John Wick (2014). So we know that Leitch is the man to deliver action, and how!

Leitch began his film career as a stuntman and second unit director on films such as X-Men Origins: Wolverine (2009) and The Mechanic (2011) so we know that we are in for a treat on the action front but speaking to Collider he is also keen to bring a more grounded perspective saying “It’s an origin story, in a sense. It’s not an origin story, but we’re starting a franchise. So we want it to be a little bit more grounded, a little bit more character-centric. We’re going to set up the stakes for these guys and their relationship, but we’re also going to have some great set pieces and some action that you’d expect from that type of franchise. We’re diving into their world. I think we want to have our own take on the Fast universe. It will definitely have elements of the original DNA, but it is more drifting into Shaw’s spy world and Dwayne’s agent world and, obviously, we want to build on their relationship, their conflict, their banter. That chemistry that they have between them, that’s sort of what’s driving the movie.” 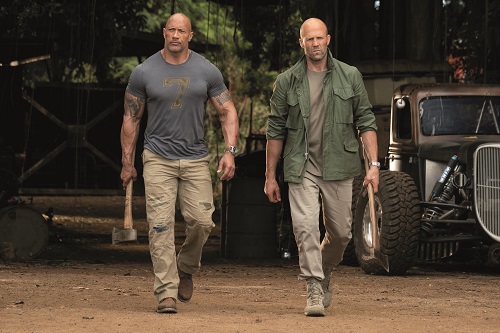 Certainly Jason Statham is a fan saying prior to joining the production that his director is “trying to do his own thing with it and give it as real sense of credibility. I think Dave is going to get this one gritty, and real.”

Statham followed that up to give us an indication as to how hard he trained. “I’ve been fight training. I’m about to land in London and that’s where all of the choreography is all going to start coming out. I haven’t had a taste of it yet but I know he’s thorough. He knows what we’re going to do. He never wings it. He got every shot down in detail before he does it… He’s a great guy. He’s a stunt man and he knows what it takes. I think the advantage he has is, the way they work, they do these pre-visualizations. They film everything so they know every single shot and what the best angle is…  This guy won’t miss a single thing. He’s really efficient and he really cares about the characters. We’re trying to build out my [character’s] relationship with my sister and with my mother and what that means. What my relationship is with Idris and all these other things. He really cares a lot. He’s on the phone all the time and he’s always there and we’re trying to do something really good.”

We are eagerly looking forward to the ride!