Dora And The Lost City Of Gold

Dora, a teenage explorer, leads her friends on an adventure to save her parents and solve the mystery behind a lost city of gold.

In her first live-action adventure, the now-16-year-old Dora (Isabela Moner) leads an action-packed expedition through the Amazon jungle to rescue her parents from treacherous treasure-hunters while also facing her scariest challenge yet ― high school!

An idyllic early life spent exploring the rainforest with her zoologist mother Elena (Eva Longoria) and archaeologist father Cole (Michael Peña) has done nothing to prepare Dora to face down the most unpredictable creature on Earth, the American teenager. Sent to stay in the city with her Granny (Adriana Barraza) and her cousin Diego (Jeff Wahlberg), Dora finds herself in a blackboard jungle where her wilderness skills do her little good.

A school field trip to the local Natural History Museum seems like familiar territory to the intrepid traveller, until she and three friends are abducted by a band of thieves who need her to track down her parents and what could be the richest archaeological find in history: Parapata, the ancient Lost City of Gold. Transported to Peru, Dora and her friends are rescued from the bandits by Alejandro Gutierrez (Eugenio Derbez), a mysterious jungle inhabitant. Dora and her simian sidekick Boots (voiced by Danny Trejo) lead a trek into the unknown to save her parents and solve the mystery behind a centuries-old lost civilization.

The film is directed James Bobin ((Alice Through the Looking Glass (2016), The Muppets (2011)) who had this to say about the beloved intrepid explorer: “After 20 years, Dora has gone beyond being a TV character. She’s a cultural icon with a global appeal.” 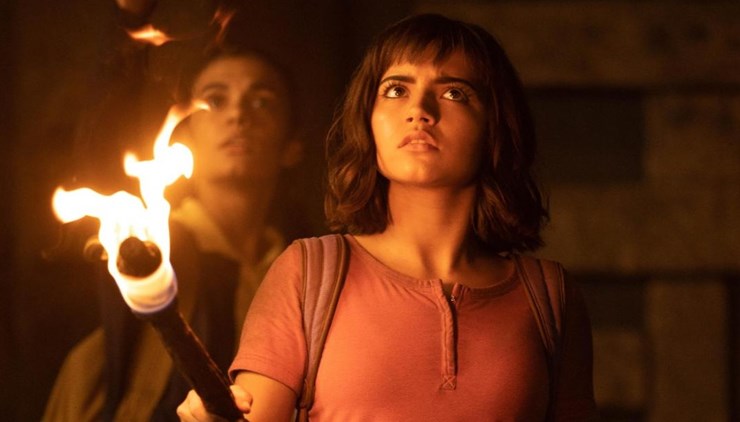 Bobin, who watched the series for years with his own children, notes that its educational elements and clever wordplay have made it a perennial favourite throughout the world. “The show is the story of Dora and her life with Boots and Swiper (voiced by Benicio Del Toro). It’s very small and simple, and aimed very clearly at young kids. I thought ‘what a fun idea to take that character, but make it play for everyone, from the people who watched it when they were four and are now 24 to today’s little ones and their parents and grandparents.’ It’s ultimately a film for a family audience that I can watch with my kids, who are 11, nine and six, and may love it for different reasons than I do, but we all can enjoy it.”

Teenage actress Isabela Moner was a shoo-in for the role of Dora from the moment Bobin met her, says the director. Her work in the films Transformers: The Last Knight (2017), Sicario: Day of the Soldado and Instant Family (both 2018), had already established her as a rising star in Hollywood, with both the emotional and physical skills needed for the role. “I saw a lot of people, as you can imagine,” he says. “But Isabela was just so fantastic. There was never a question in my mind. She has an intensity that makes Dora’s action scenes riveting, but she’s also got incredible heart. Isabela is the engine driving the whole film.” 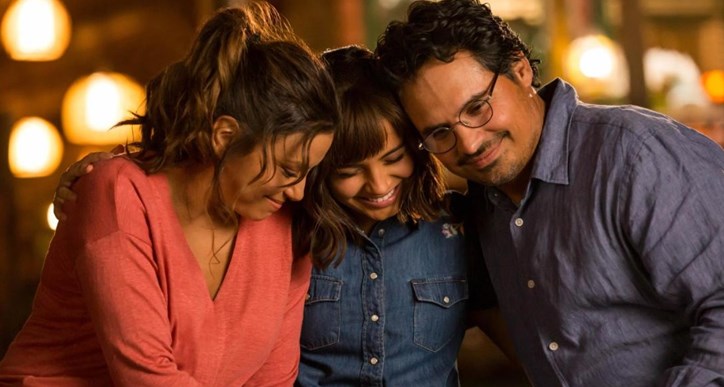 Moner came to the project with a notion of who Dora would be as a teen, but says the screenplay provided a very clear road map for the character. “She’s not a kid and she’s not an adult. She’s funnier, more candid and a little bit more chill. I do break the fourth wall, but in a clever way, like I’m talking to a GoPro.” Drastically different from everyone she meets at a time in life when it’s important to fit in, the young woman quickly learns that the best piece of advice her parents imparted is the simplest: Just be yourself. Dora wouldn’t fit in with her suburban classmates even if she knew how. She brings her deep knowledge of animals, plants, seasons and cultures with her and continues to study the world around her - even referring to the students at her high school as ‘indigenous people.’ “She doesn’t know how to fake being another person,” explains Moner. “In this world where it seems like everyone’s just living for Instagram, Dora actually does know who she is. I think it’s a great lesson for anyone - and for people my age specifically, who are just figuring out what they have to offer the world.”

Packed with positive messages, charismatic characters and exciting exploits, Dora and the Lost City of Gold has all the hallmarks of a classic adventure story.