Doctor Sleep - The Sequel (Of Sorts!) To The Shining

Doctor Sleep continues the story of Danny Torrance, 40 years after his terrifying stay at the Overlook Hotel in The Shining. Ewan McGregor, Rebecca Ferguson and newcomer Kyliegh Curran star in the supernatural thriller, directed by Mike Flanagan, from his own screenplay based upon the novel by Stephen King.

Still irrevocably scarred by the trauma he endured as a child at the Overlook, Dan Torrance has fought to find some semblance of peace. But that peace is shattered when he encounters Abra, a courageous teenager with her own powerful extrasensory gift, known as the “shine.” Instinctively recognising that Dan shares her power, Abra has sought him out, desperate for his help against the merciless Rose the Hat and her followers, The True Knot, who feed off the shine of innocents in their quest for immortality.

Forming an unlikely alliance, Dan and Abra engage in a brutal life-or-death battle with Rose. Abra’s innocence and fearless embrace of her shine compel Dan to call upon his own powers as never before - at once facing his fears and reawakening the ghosts of the past.

We are very much looking forward to sitting on the edge of our seats for Mike Flanagan’s Doctor Sleep. We are big fans of his previous films such as Oculus (2013) and Ouija: Origin of Evil (2016). Often dubbed a ‘horror protégé’, Flanagan is a huge Stephen King fan and King is a big fan of his work too, citing Flanagan’s adaptation of Gerald’s Game (2017) as “terrific”. 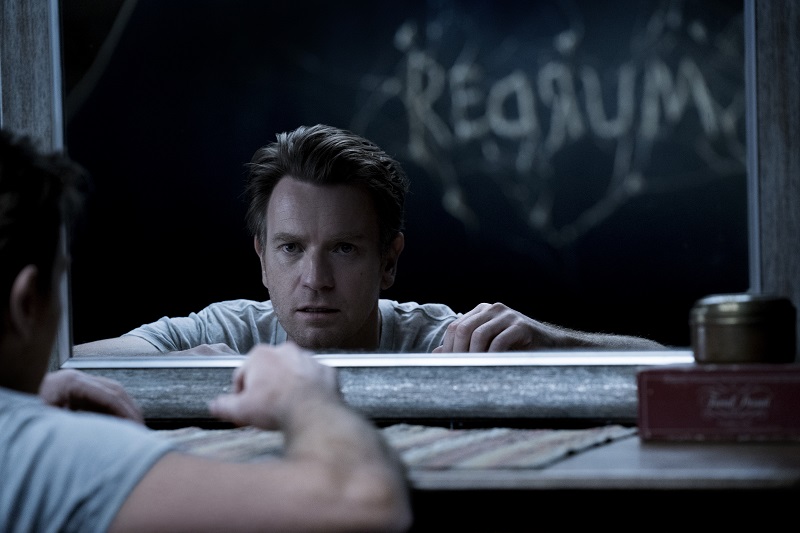 For Flanagan as soon as heard that Warner Bros. owned the rights to King’s novel he honed a pitch, which to his delight they went with.

He recently spoke after the release of the great trailer and also adapting the novel for the screen.

"There’s something about that sentence – it’s a sequel to The Shining – that’s enormously intimidating for one, but also doesn’t really represent what we’re doing. We were really careful from the beginning not to represent it as a straight sequel to either, to the Kubrick movie – although it absolutely honours and celebrates his vision of that world – but also to the King side of things. We always approached it as; this is an adaptation of the novel Doctor Sleep that takes place within the cinematic universe that Kubrick established."

Jack Nicholson and Shelley Duvall were of course the stars of The Shining but equally so was the mysterious Overlook hotel and Flanagan and his team set about replicating the hotel using “the exact blueprints from Stanley Kubrick’s film, which were in storage at Warner Bros.”

For the film nerds among us the exacting director also tracked every book and every photograph used in The Shining so what we see in Doctor Sleep is identical to Kubrick’s Overlook hotel, just with forty years more wear and tear!