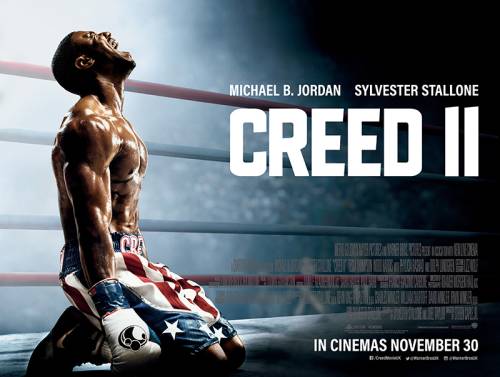 Adonis prepares to take on Viktor Drago in Creed II.

In 1985, Russian boxer Ivan Drago killed former U.S. champion Apollo Creed in a tragic match that stunned the world. Against the wishes of trainer Rocky Balboa, Apollo's son and current champ Adonis Creed accepts a challenge from Drago's son - another dangerous fighter. Under guidance from Rocky, Adonis trains for the showdown of his life - a date with destiny that soon becomes his obsession. Now, Creed and Balboa must confront their shared legacy as the past comes back to haunt each man.

Retuning in Creed II is of course Sylvester Stallone as Rocky Balboa and Dolph Lundgren as Ivan Drago, together with Michael B. Jordan after making such an impression as Adonis Creed. Playing Viktor Drago, the son of Ivan Drago is Florian “The Big Nasty” Munteanu. 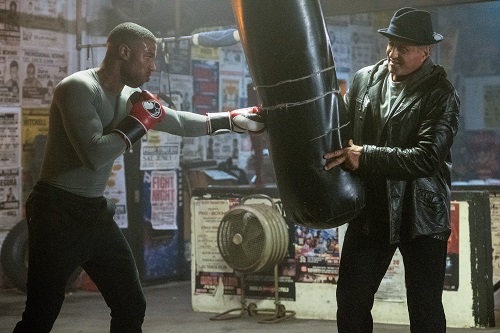 In the director’s chair is Steven Caple Jr., replacing Ryan Coogler, who is along as executive producer this time. Caple and Coogler are old friends having attended the University of Southern California film school and despite winning plaudits for his indie directorial feature The Land, Caple was a little nervous to be handed the Creed story and sought out his friend. Coogler, busy with Black Panther told Caple to jump intro the world of Creed and put his own spin on things. This was all the green light Caple needed; and the early word is that Caple has indeed done that and we are in for a treat!

Another treat is seeing Stallone and Lundgren on screen together again in a Rocky film, after their last epic battle in the 80s blockbuster Rocky IV (1985). It is certainly something to cheer about and yet it nearly never happened with Lundgren hesitant about playing Drago again, saying that it "was a bit strange. It’s a bit weird. At first I didn’t want to do it because I thought it would be kind of sad. I didn’t want to hurt that image because it's like an iconic character that people, especially people who work out, really look up to."

It was reading the script that convinced the actor that his return would be treated with respect, along with an opportunity to explore a new side to the ice cold Russian fighter.

"The script was really good and I get a chance to show another side of the same man 35 years later, and more of a damaged, struggling side. I used some of my own life that I’ve been through the last 35 years in this character so it's kind of full circle. So it turned out to be a really great experience for me. A real dramatic challenge but also a great experience to look back at my own career the way he looks back at his career as a fighter. There’re some parallels that I think are kind of unique." 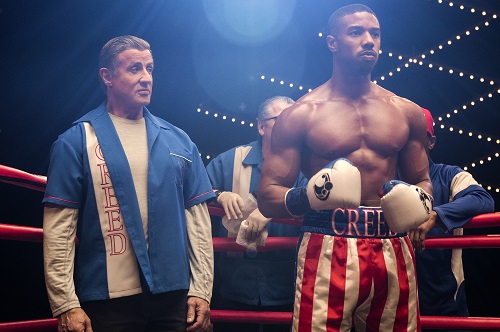 But the big question: will Balboa and Drago don the gloves again and enter the ring? That something we will have to wait and see but both actors certainly look fit enough to go a round or two! One thing is sure we are in for an emotionally charged sequel and we cannot wait!

Creed 2 is at Showcase now!