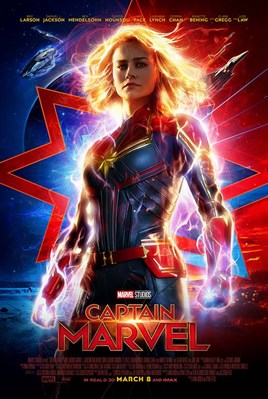 Captain Marvel (Carol Danvers) becomes one of the universe's most powerful heroes while Earth is in a galactic war with aliens.

Set in 1995, Captain Marvel follows Carol Danvers, a former U.S. Air Force fighter pilot, as she turns into one of the galaxy's mightiest heroes and joins Starforce, an elite Kree military team, before returning home with questions about her past and identity.

Playing Captain Marvel / Carol Danvers is Oscar winner (Room) Brie Larson, and as we have come to expect with Marvel there is quality right through her co-stars; Ben Mendelsohn plays Larson's fearsome foe, Talos, the leader of the of the enemy alien race the Skrulls; Jude Law is on board as Walter Lawson, the leader of Starforce and Larson's mentor; Samuel L. Jackson returns as Nick Fury; and Djimon Hounsou and Annette Benning also join the fun.

Larson was "the first and only choice" explained Marvel and as soon as she agreed to take the role she threw herself into preparing for the journey of transforming herself into a battle hardened pilot. She visited Nellis Air Force Base and met with active service people. Over the course of nine months she learned judo, boxing and wrestling, and spoke of her determination to show "girls and women” how much dedication she put in. Of course she also immersed herself into the comic book world, reading up on her character, explaining that it was also the humour used as a counterpoint that proved a huge attraction. 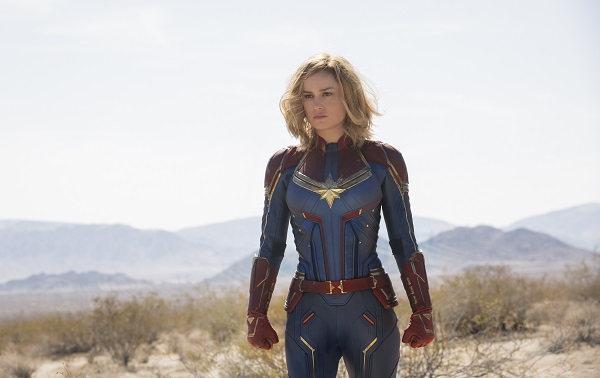 Chosen to actually bring the adventure to the screen are acclaimed directing duo Anna Boden and Ryan Fleck. Previously known for their gentle indie films such as Half Nelson (2006) and Mississippi Grind (2015), the team at Marvel decided that the pair’s ability to breathe heart into their films made them perfect to helm Captain Marvel. Boden explained how their craft had developed and they were "learning a lot with a lot of new elements in this movie." They also spoke of the belief shown in them by the "creative people at Marvel who are also just really into being storytellers at the end of the day", which was key to them pulling it off.

Also of great interest to us cinephiles were the films referenced as influences on the directors: Robocop (1987), Terminator 2 (1991) and two seminal 70s films The French Connection (1971) and The Conversation (1974).

In short just so much to get behind and be excited for!

Captain Marvel is at Showcase from March 8