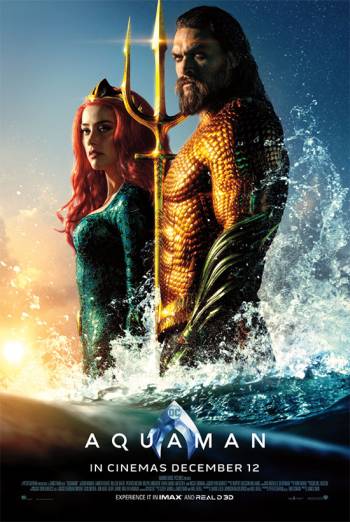 Aquaman reveals the origin story of half-human, half-Atlantean Arthur Curry and takes him on the journey of his lifetime - one that will not only force him to face who he really is, but to discover if he is worthy of who he was born to be...a king.

Jason Momoa returns to the role of Aquaman for the third time after Zack Snyder's Batman vs Superman: Dawn Of Justice (2016) and Justice League (2017), this time in a headlining role. Tasked with helming the film is a director who knows a thing or two about directing a cinematic blockbuster: James Wan.

Wan is the director behind huge box-office successes such as Saw (2004), Insidious (2010), The Conjuring (2013), and Fast & Furious 7 (2015) and it was the underdog backstory of Aquaman that attracted him to the film. For many years Aquaman has been the butt of many of the DC-Comic jokes but Wan is determined that his interpretation of the half-Atlantean will be "super-cool."

For Aquaman's first big screen solo outing Wan has decided to explore his origin story: as the son of lighthouse-keeper Thomas Curry (Temuera Morrison) and Atlanta, the Queen of Atlantis (Oscar winner Nicole Kidman). Raised on land he is a reluctant Prince until his hand is forced and he encounters his half-brother Orm (Patrick Wilson).

Momoa, while not bearing a physical resemblance to the white-haired Aquaman from the comic books certainly has the correct brooding presence of the super-hero but for Wan what is also key is to highlight to the world Momoa's sense of fun, humour and quick-wittedness. 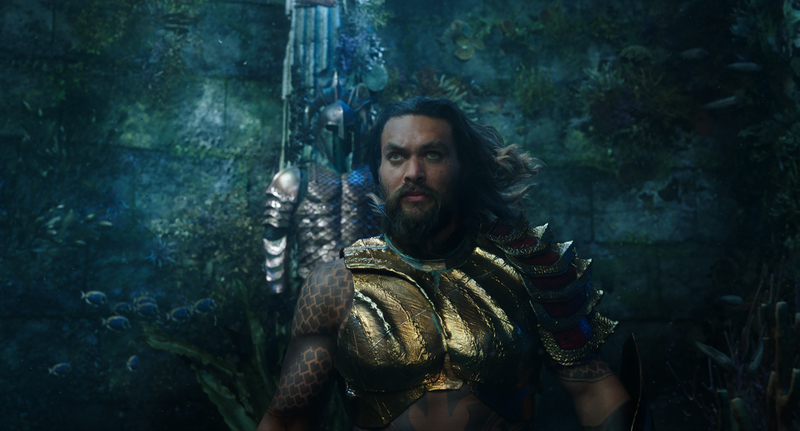 While we are assured that the film is jammed-packed full of great action scenes, another idea Wan has brought to the table is that of a road movie as we travel along with Aquaman and Mera (Amber Heard) on their adventures. Films such as Star Wars: Episode IV - A New Hope (1977) and Romancing the Stone (1984) and iconic directors such Steven Spielberg and Peter Jackson have all gone into the melting-pot to create the story and a series of fantastical worlds.

The early reactions have been highly positive and have highlighted the fun that is in store for us and not surprisingly picking up on the stunning visuals, but also the interplay between the characters and the depth and breadth of the storyline. We cannot wait for the fun to begin!

Aquaman is out now!