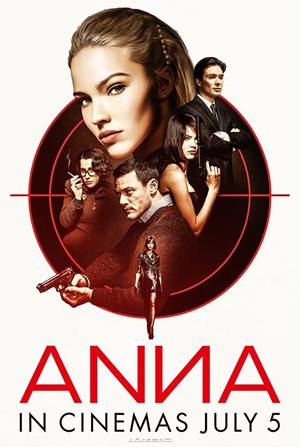 Beneath Anna Poliatova’s striking beauty lies a secret that will unleash her indelible strength and skill to become one of the world’s most feared government assassins.

French director Luc Besson (Leon (1994)), returns with an electrifying thrill ride unfolding with propulsive energy, startling twists and breath-taking action! Of course with a cinematic CV that includes Taxi (1998), The Transporter (2002) and Lucy (2014) these are all of the components we have come to know and love from a great Besson screen adventure.
Anna introduces Russian supermodel Sasha Luss in the title role and she is ably supported by with a star-studded cast including Academy Award Winner Helen Mirren (Red (2010)), Cillian Murphy (28 Days Later (2002)), and Luke Evans (The Hobbit: The Desolation of Smaug (2013)).

Anna marks Besson’s first release since Valerian and the City of a Thousand Planets in 2017 and with the footage we have seen Anna appears similar in tone to his thriller Nikita (1990).

"Your next target is in Paris. There'll be no back-up." The trailer for Anna is certainly a high-octane thrill ride. The choreography of the fight scene is simply stunning, highlighting that despite this being the former supermodel’s first starring role, Sasha Luss is not going to be messed with!

Sasha Luss’ Anna is another Besson created baddass beautiful assassin and boy is she bad! Entering the restaurant she spies her target and then proceeds to take out everyone standing in her way! 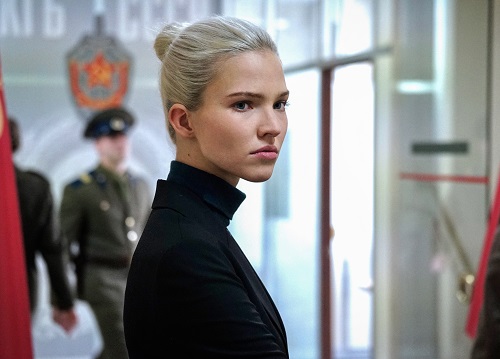 Luss had a very small role in Valerian and the City of a Thousand Planets and Besson had this to say about her at the time of the film’s premiere:

“Today I want to present with great pride the Russian girl I met two years ago. She wanted to be in my movie, but she did not have the skills. Then I sent her to the acting courses. She did not abandon this idea, and so I had to shoot her. I always had the talent to reveal actresses - Natalie Portman, Mila Jovovich, who, as it is known, also with Russian roots. I am very proud to introduce young talent - actress Sasha Luss. She got a small but very important role of an extra-terrestrial.”

The legendary Besson is regarded in his homeland France as their most commercially successful filmmaker and always maintains that he has no idea as to where his career will take him and has no intention of retiring, saying that he regains his “appetite film by film.” It’s great to have him back and with his beloved action to the fore!

Anna opens at Showcase on July 5