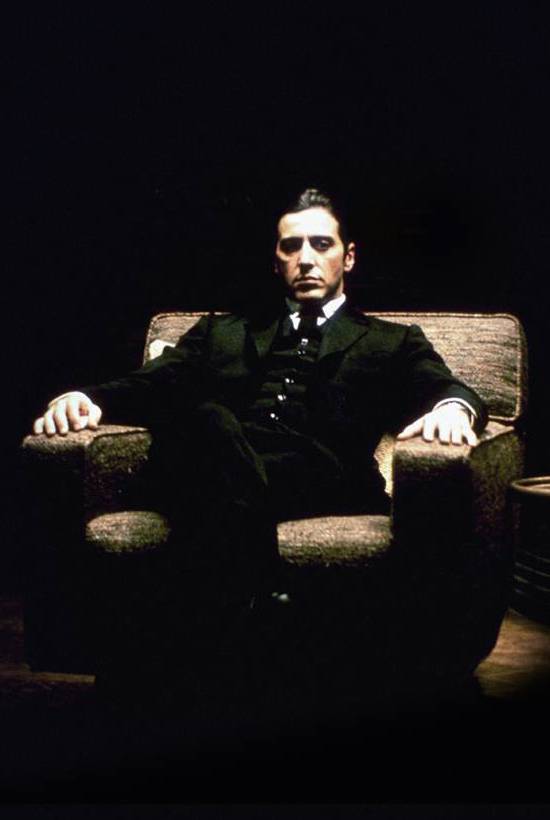 Intermingling narratives, spanning two generations and moving from Sicily to New York to Cuba, The Godfather: Part II is an expansive exploration of cinema's most captivating and dysfunctional family. One storyline follows Robert De Niro as a young Vito who experiences his first brush with the sharp end of organised crime and begins to lay the foundations of the Corleone dynasty.

Elsewhere, we follow on from the first film as Pacino's Michael brutally asserts himself as the Don that his father never wanted him to be - ascending to the height of his powers, expanding the business and sweeping aside all those who stand in his way. Violence begets violence, power changes hands and anyone can be killed as Coppola's opus ploughs a fertile furrow in the grey area between love and loyalty, family and business.
Blood drips from generation to generation as a wolfish Pacino inherits the sins of his father and adds some more of his own. This is one of cinema's most acclaimed performances and an unparalleled display of control from one of its most exuberant performers.