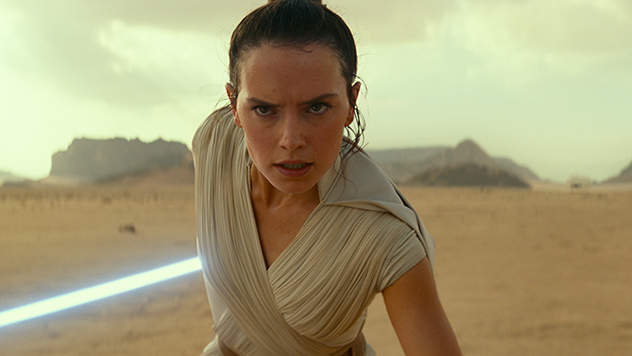 In this continuation of the epic space opera saga, a downed stormtrooper goes on a journey reconnecting him with heroic faces from the past.

The Skywalker saga continues as the heroes of The Force Awakens join the galactic legends in an epic adventure that unlocks age-old mysteries of the Force and shocking revelations of the past.

Star Wars: The Rise Of Skywalker

No one's ever really gone... Rey's journey continues and the Skywalker saga concludes in Star Wars: The Rise Of Skywalker.

Please note: the Meerkat Movies promotion is not valid in conjunction with this special event.

Star Wars: The Rise Of Skywalker contains a sequence of flashing lights which might affect customers who are susceptible to photo-sensitive epilepsy have other photo sensitivities.