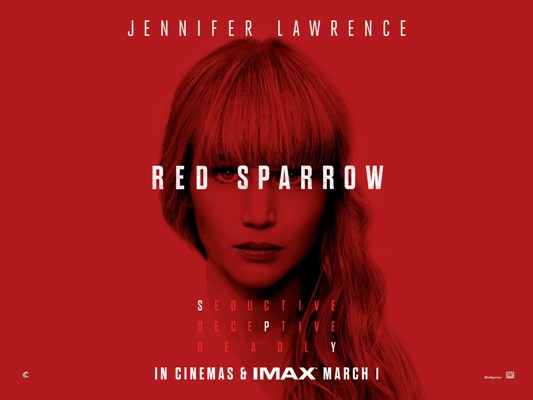 Ballerina Dominika Egorova is recruited to 'Sparrow School', a Russian intelligence service where she is forced to use her body as a weapon. But her first mission, targeting a CIA agent, threatens to unravel the security of both nations.
We are huge fans of the source novel from Jason Matthews, especially when you take into account that Matthews completed thirty-three years in the CI, and not content to remain idle in his retirement, he took up writing for his second act. “The career was so experiential. There was a great gap to fill,” Matthews says of his adjustment to post CIA life. “It was either day trading, or fishing, or going for walks. It was as much therapy as anything else, starting to write.” The long-time fan of John le Carré and Ian Fleming began work on ‘Red Sparrow’, which was published in 2013 and became a best-seller and the foundation for a trilogy: ‘Palace of Treason’ was the second in the series and upcoming is ‘The Kremlin’s Candidate’.

So a great novel needs a great team to bring it together for a big screen adaptation and Francis Lawrence - director of I Am Legend and The Hunger Games: Mockingjay – Part 1 and Part 2 - was eager to be involved: “It just felt really fresh in terms of spy stories, and I fell in love with the character of Dominika Egorova, and her personal journey and her personal story and her dilemma in the story. I always gravitate toward personal lonely isolated characters and this story certainly focuses on a very isolated, lonely character. In addition, it was exciting to me, especially after having done three Hunger Games movies in five years, to do something completely different, in terms of story, in terms of world, in terms of tone, in terms of rating, all of that. That was really interesting.” 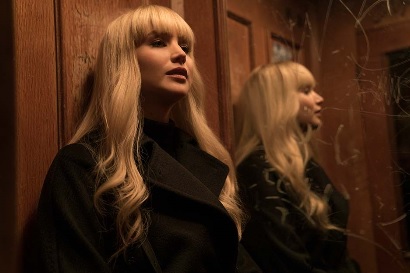 After directing The Hunger Games films the director knew who he wanted to play Dominika Egorova - Jennifer Lawrence.
“I thought of Jennifer and I pitched her loosely what the story was about,” says the director. “Obviously, we didn't have a script yet, and I didn't really want her to read the book yet, but I just wanted to know if, hypothetically, she would be interested in playing a character like this. So she was kind of loosely in from the very beginning, and we wrote for her. Then as we were developing the story, I would kind of drop little tidbits and hints and sort of talk about it a little bit. I knew that she was shy about these kinds of movies when she was a bit younger so I guess I was kind of easing her into the story and the character and the tone and the content, throughout the process of the development of the project. By the time I had a real script, she had been sort of warmed up to it all.” 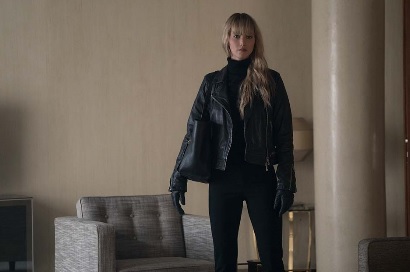 Lawrence notes, “Francis had introduced me to the story on the press tour for the last Hunger Games movie. It was a book that he had been reading and he thought it would be an interesting movie. I think the first thing that we were discussing for Dominika is that this was going to be a person and a personality that’s completely different from anything I really knew. She’s really been put into a position of survival from a very young age. Her body has been used by the Government from the time that she was young. What with Ballet, being an athlete, being paid by the Government and then ultimately forced into the Sparrow program. I mean, when I first read the script and we talked about it, the Sparrow School scenes were terrifying. It was going to be my first time really going… um, the full Monty if you will, but then after doing it there’s something that felt so freeing about it. Because I would never put my character into a situation that I myself am not comfortable being in. But as you can see in the movie it’s this moment where she gains power, where she turns the tables on the people that are trying to control her and I felt that power. I found that exciting. Because the truth is Dominika’s trained to use her body but, ultimately, prevails by using her mind. To me she seems like a complex modern heroine, she uses her own rules, and has a tenacity to succeed.”

Renowned for immersing herself in a role, Oscar winner Lawrence acknowledged the physical preparation that went into her performance. 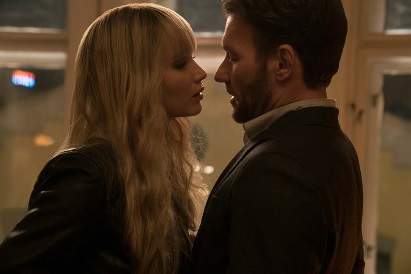 “For the ballet scenes I obviously did a lot of intense training. And even though I’m never going to get to the point where I’m going to be able to dance for the Bolshoi it taught me posture and discipline and changed my body. I was certainly very hungry for those first couple of months! And then of course as you can see in the movie I had a snapping point after ballet and you can see me continue to grow throughout the film.”

Starring alongside Jennifer Lawrence are Joel Edgerton, Jeremy Irons, Charlotte Rampling, Joely Richardson, Ciaran Hinds and Douglas Hodge, which only add to our excitement for Red Sparrow to hit our screens at Showcase.

Red Sparrow is out at Showcase from March 1