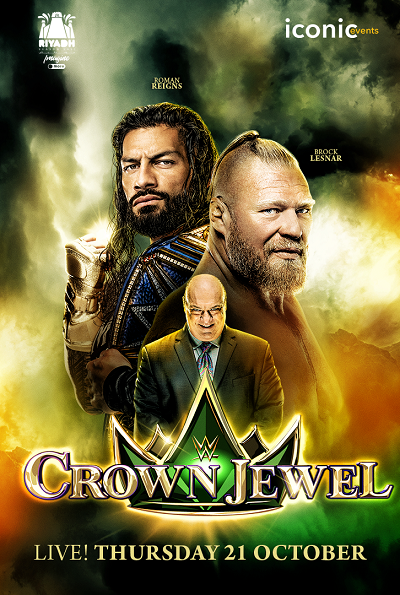 WWE Superstars head to The International Arena in Riyadh, Saudi Arabia for a historic event.  Roman Reigns battles Brock Lesnar for the Universal Championship.  Becky Lynch defends her SmackDown Women’s Championship in a Triple Threat Match against Sasha Banks and Bianca Belair.  Witness the finals of the King of the Ring and Queen’s Crown tournaments and many other matches featuring your favorite WWE Superstars at WWE Crown Jewel, Thursday, October 21.