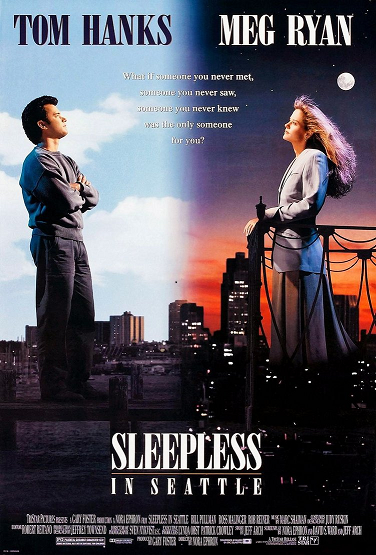 In this timeless tale of loss and renewal, Tom Hanks plays a widowed father in Seattle who appears on a late night talk-radio show to share his feelings about how much he misses his deceased wife. Meg Ryan plays an unhappily engaged Baltimore reporter who hears him over the air and becomes infatuated. Slowly, through multiples twists of fate, these two strangers make their way toward one another and the classic finale atop the Empire State Building. The film received an Oscar nomination for Best Original Screenplay and is directed by the romantic comedy expert Nora Ephron (When Harry Met Sally; You've Got Mail).
Join us at Showcase Cinemas for our Flashback screening of the original 1993 film this summer.