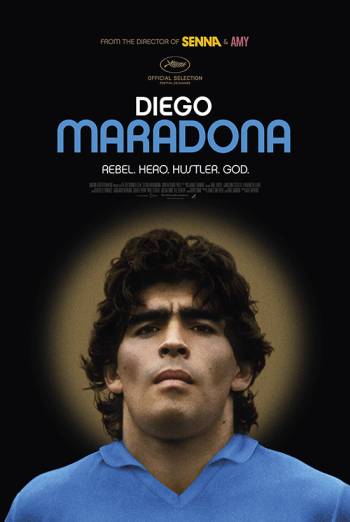 CAST: TBC
DIRECTOR: Asif Kapadia
RUN TIME: 2 hours 7 minutes
RELEASE DATE: 14/06/2019
On 5th July 1984, Diego Maradona arrived in Naples for a world-record fee and for seven years all hell broke loose. The world's most celebrated football genius and the most dysfunctional city in Europe were a perfect match for each other. Maradona was blessed on the field but cursed off it; the charismatic Argentine quickly led Naples to their first-ever title. It was the stuff of dreams. But there was a price... Diego could do as he pleased whilst performing miracles on the pitch, but when the magic faded he became a prisoner of the city. The third film from the Academy Award- and BAFTA-winning team behind Senna and Amy, the film is constructed from over 500 hours of never-before-seen footage from Maradona's personal archive with the full support of the man himself.