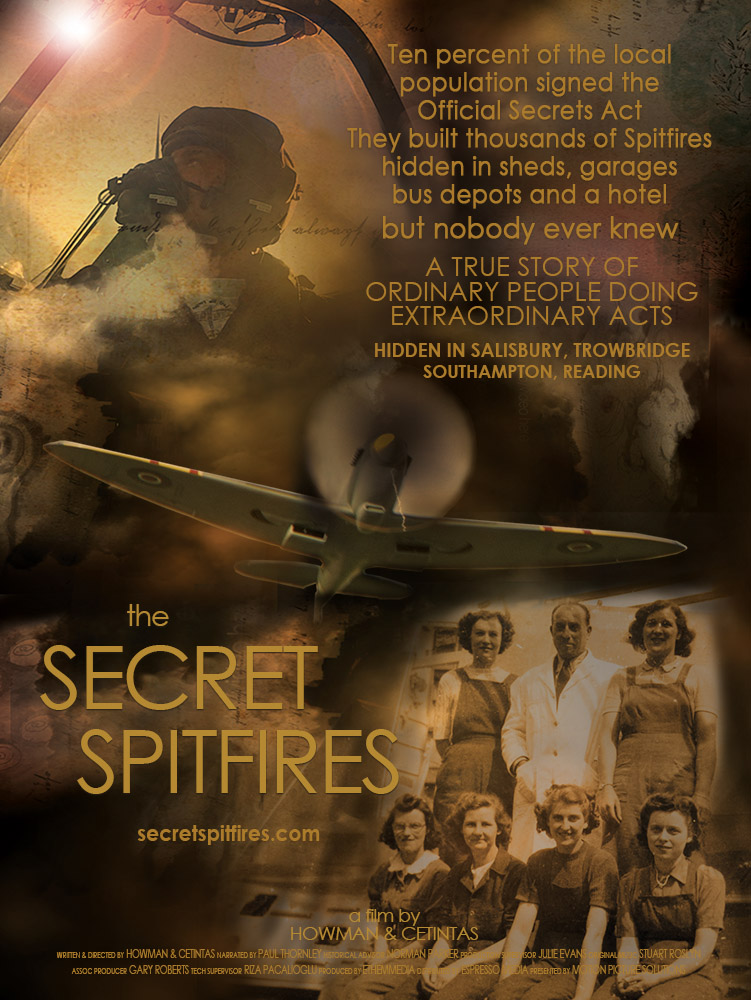 Secret Spitfires is the story of the hundreds of young girls, boys, women, elderly men and a handful of engineers who built thousands of Spitfires in secret during WW2 which were critical in defeating Hitler. They did not even tell their parents and families what they did. Spitfires were the nemesis of the Luftwaffe and the instrument which halted Hitler's plans for invasion. At great costs to themselves, Luftwaffe was ordered to destroy the Spitfire factories at Southampton and upon completing this task, they were convinced they had now halted the production of the Spitfires for good.

Unknown to the Germans there was already a secret plan put into action to disperse manufacturing of Spitfires to secret factories in rural cities, small towns and villages. Three secret centres were set up; Salisbury, Trowbridge & Reading. They were supported by multiple units and workshops at places such as Aldermarston, Chattis Hill, Eastleigh, Henley, Hursley, Newbury, Winchester, Worthy Down, and at dispersed locations around the spiritual home of the Spitfire, Southampton. Sheds, workshops, garages, bus depots and even a local hotel were used where public never knew of their existence, even to this day.