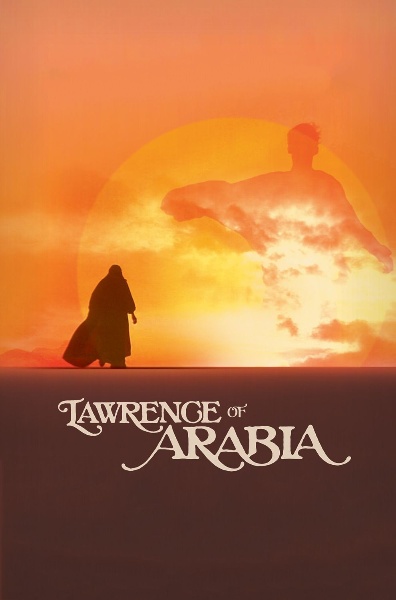 CAST: Peter O'Toole, Alec Guinness, Anthony Quinn
DIRECTOR: David Lean
RUN TIME: 3 hours 30 minutes
RELEASE DATE: 20/05/2022
"Truly, for some men nothing is written unless they write it." Sherrif Ali
David Lean's bio-pic based on the life of Colonel Thomas Edward Lawrence and his book the 'Seven Pillars of Wisdom' is widely regarded as one of the most influential films ever made. It received ten Oscar nominations, winning seven, including Best Picture and Best Director.