It's a Wonderful LifeU 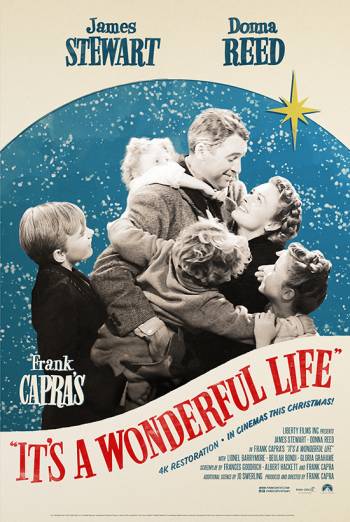 CAST: James Stewart, Donna Reed, Lionel Barrymore
DIRECTOR: Frank Capra
RUN TIME: 2 hours 10 minutes
RELEASE DATE: 23/10/2021
An angel is sent to earth on Christmas Eve to help a desperate man see how much he is loved by his family and friends.
It is hard to believe that when William Wyler’s It’s a Wonderful Life was original released in 1946 it was a box-office flop. Audiences were not ready to see returning war hero James Stewart as a man willing to take his own life. However, some seventy years later It’s a Wonderful Life rightly takes its place as one of the most beloved Christmas films ever made.
Join us at Showcase Cinemas for our Flashback screening of the original ‘1946’ film this Christmas.