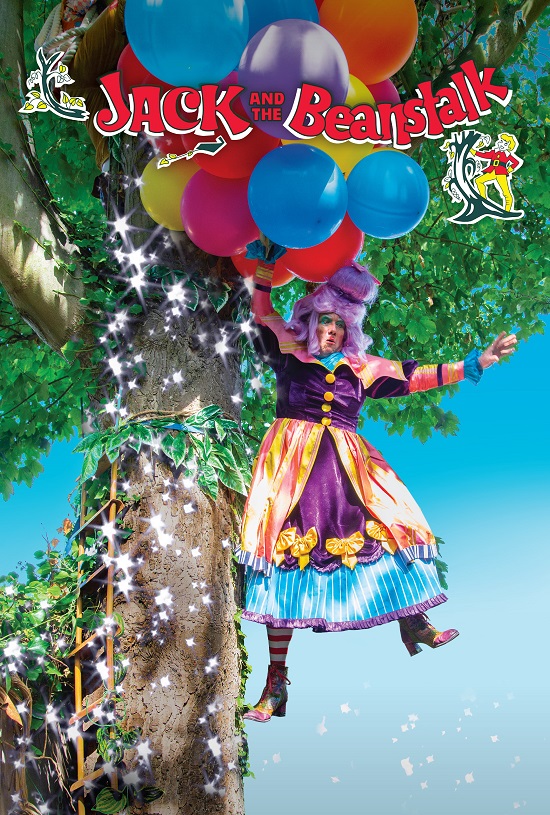 Panto is cancelled this Christmas? Oh no it isn’t!

Showcase presents Blue Peter legend Peter Duncan’s socially-distanced pantomime Jack & The Beanstalk, filmed in gardens in South London in between the two waves this Summer. It’s a much-needed chance for families to adventure out from their all-too-familiar surroundings this Christmas, with all the antics and ‘It’s behind yous’, you’d usually enjoy in a theatre setting.

‘Jack and the Beanstalk’ is a pantomime packed with topical references, songs, laughter, and great special effects. The Giant Blunderbore is in a terrible rage, shouting from above and threatening to eat any villager who won’t pay their rent. Poor Dame Trott must sell her precious cow ‘Buttercup’ to pay her debts and sends her son Jack to the cow market, but all he comes back with is a worthless bag of beans. Meanwhile Jill, the grumpy Squire’s daughter, is kidnapped by the Giants personal chef, Fleshcreepy, and taken to the castle in the clouds (actually the neighbour’s garden). Will Jack be the hero, climb the beanstalk, rescue his girlfriend and save the world from the human chomping ogre? Only the magical Garden Fairy knows the answer to that....