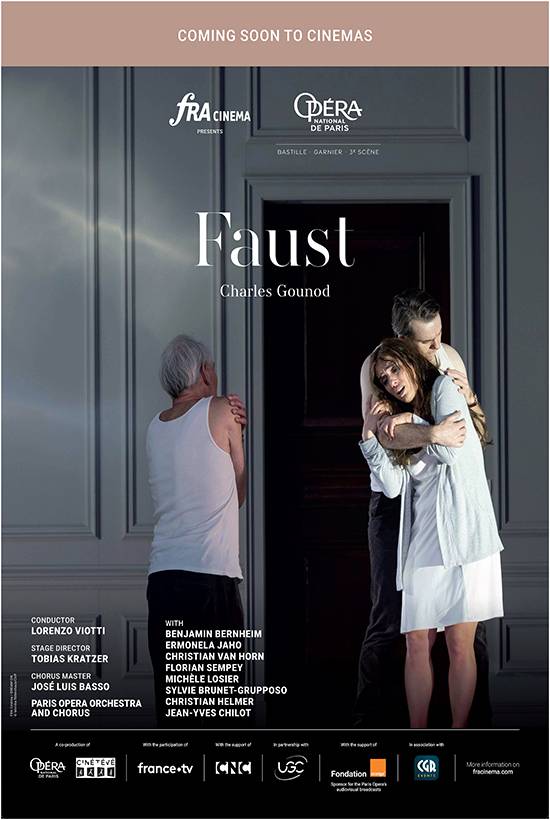 I want a treasure, which contains them all! I want youth!

Frustrated by the futile quest for knowledge, the erudite old Faust sells his soul to the devil in exchange for eternal youth and the beautiful Marguerite... Reworking the legend which Goethe popularised, Gounod focuses on the love story and elevates the significance of Marguerite's fall and ultimate salvation. His decision to lighten the philosophical scope of the narrative allowed him to balance scenes where the supernatural called for something visually spectacular with a parallel microcosm governed by inner actions and feelings. Gounod's score is a tour de force of melodic invention whose vocal composition reveals the composer's skill at conveying sincere and immediate emotion. For his Paris Opera debut, German director Tobias Kratzer reflects on contemporary society's obsession for eternal youth. With its sophisticated scenography, his production oscillates between hyperrealism and magic, the world of today and the eerie atmosphere of German romanticism.