Chuck Steel: Night of the Trampires15 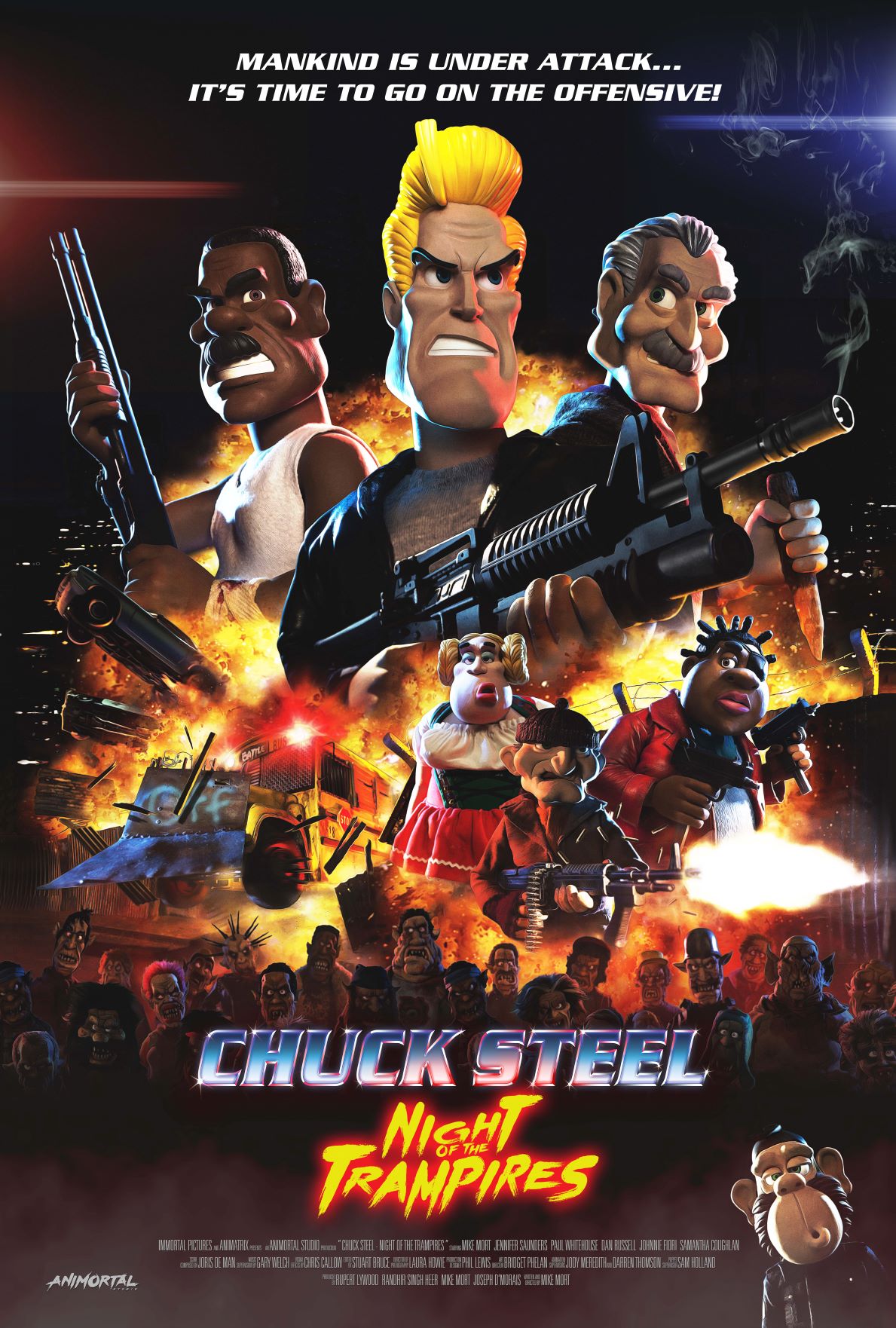 CAST: Mike Mort, Jennifer Saunders, Paul Whitehouse
DIRECTOR: Mike Mort
RUN TIME: 1 hour 30 minutes
RELEASE DATE: 29/10/2021
Get ready for the most outrageous stop-motion animated film ever made!
It’s not 1985 anymore...it’s 1986, and Chuck Steel is ‘the best God damn cop on the force’. But even this maverick, renegade, loose cannon, lone wolf, cop on the edge, who doesn’t play by the rules, has his work cut out when he discovers an evil is about to descend on the city of Los Angeles: the scourge of the TRAMPIRES – mutant hybrids of vampire and tramp.
From the fevered imagination of two-time BAFTA-winning writer/director Mike Mort (Gogs), and featuring the voices of UK comedy-legends, Jennifer Saunders (Absolutely Fabulous) and Paul Whitehouse (The Fast Show) alongside Mort’s, this homage to 80’s Bmovie excess is “one of the most extraordinary achievements by an independent animation studio” (Starburst), comes “chock-full of snappy one- liners and ultra-violent action” (Hollywood Reporter) that is “guaranteed to be the most fun you’ll have in a cinema” (Nerdly).