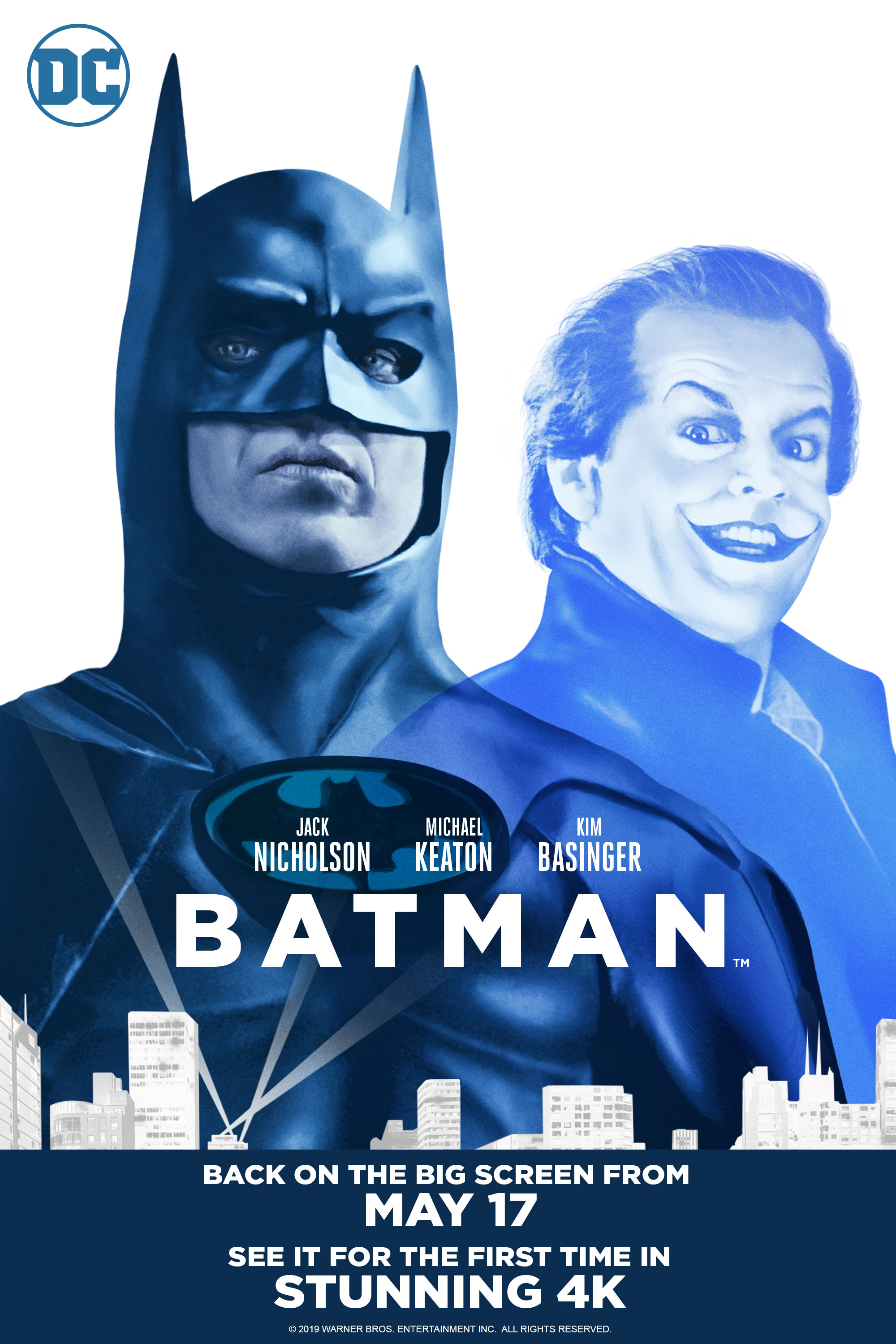 Celebrate the 30th anniversary of Tim Burton's Batman starring Michael Keaton, Jack Nicholson and Kim Basinger on the big screen at Showcase in stunning 4K! After it's release in 1989, the huge impact and legacy Batman left on pop culture is undeniable.

After witnessing the brutal murder of his parents as a child, millionaire-philanthropist Bruce Wayne (Michael Keaton) pledges his life to fighting crime disguised as Batman. But his long-time nemesis, The Joker (Jack Nicholson in a memorable performance), has sinister plans for the citizens of Gotham City. The Joker's greed is matched by his obsession with photojournalist Vicki Vale (Kim Basinger). But Batman is there to counter the Joker's every move. With the fate of Gotham and Vicki in the balance, will good or evil prevail?