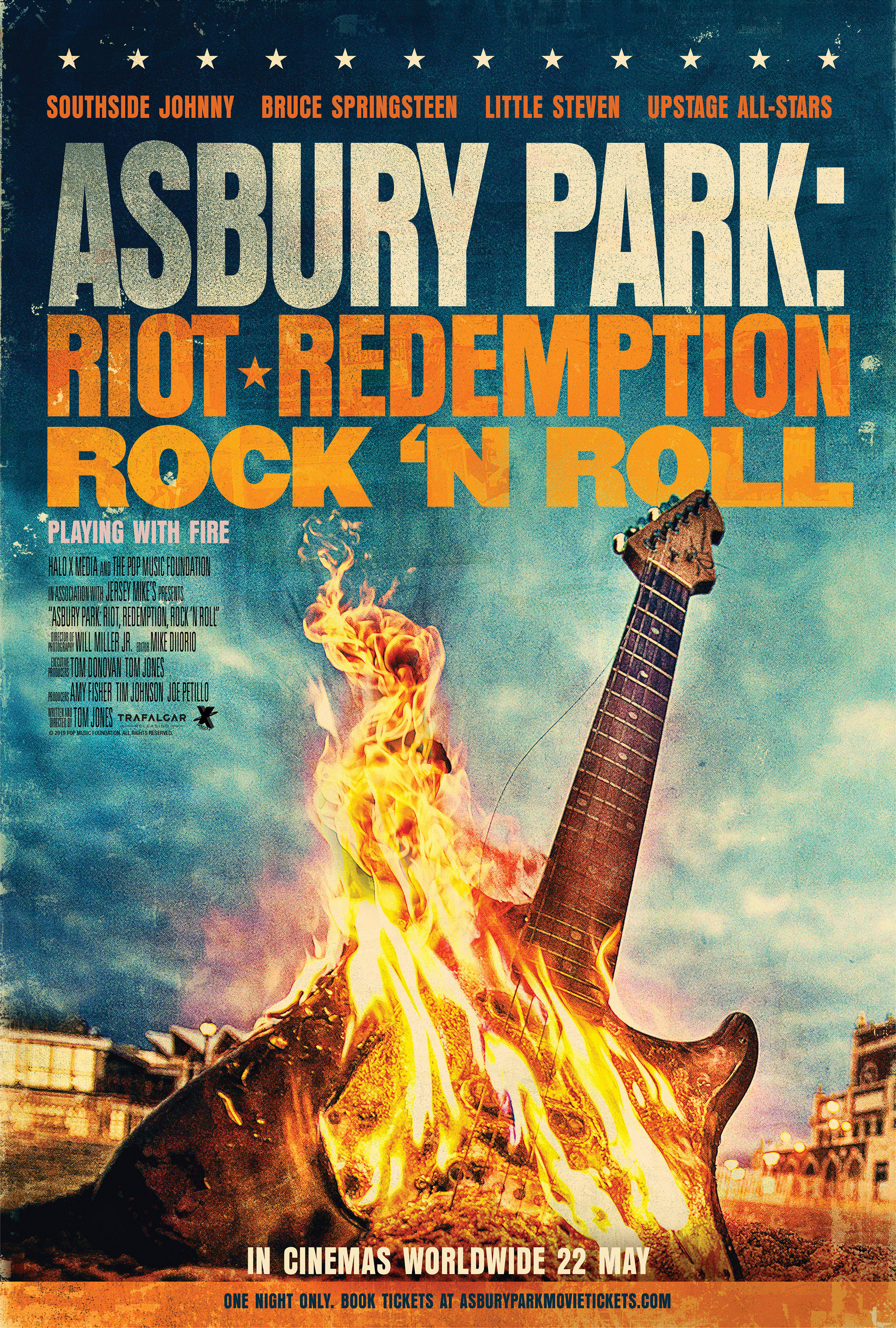 Asbury Park: Riot, Redemption, Rock n Roll tells the story of the long troubled town of Asbury Park, and how the power of music can unite a divided community.

Asbury denizens Steven Van Zandt, Southside Johnny Lyon and Bruce Springsteen return to the legendary Upstage, the psychedelic after hours club where they got their start, featuring never before seen interviews and performances.

This major theatrical event will also include a bonus feature of never before seen footage, as Van Zandt, Southside Johnny, and Springsteen play a now legendary concert to a sold out Paramount Theater and trade guitar licks with the future of music in Asbury, a group of 11-year-old rockers who prove the best days for the town may just lie ahead.