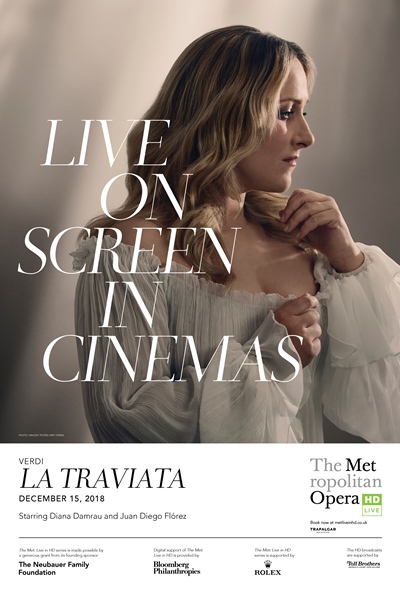 New Met Music Director Yannick Nézet-Séguin launches his tenure by conducting Verdi’s timeless tragedy. Worldly courtesan Violetta, sung by soprano Diana Damrau, has grown tired of her dissolute life. When the pure-hearted Alfredo—tenor Juan Diego Flórez—declares his love for her, she leaves everything behind to live with him. But his family’s reputation is ruined by his association with her, and Violetta is torn between her feelings for Alfredo and her desire to protect him from scandal. Urged by the young man’s father, she tears herself away and returns to her old life. Alfredo, not knowing the real reason for her apparent betrayal, is heartbroken—and bent on revenge. Directed by Michael Mayer, this new production features a dazzling eighteenth-century setting that changes with the seasons.