Everyone loves a festive jumper at this time of year, including us here at Showcase!

Get into the spirit of the season with our Christmas Jumper Day on Friday 10 December. Showing three festive films on the big screen, as well as new releases including Clifford The Big Red Dog and West Side Story, what says Christmas more than a festive jumper and a movie?

Plus, if you are an Insider member wearing a Christmas Jumper on 10 December, you can treat yourself to a FREE* Small Popcorn!

To claim your sweet or salty Snack, simply show your Insider card and a movie ticket for 10 December to the Cashier (whilst showing off your festive jumper!) and enjoy your free exclusive treat!
*Terms and Conditions apply. Please scroll down for more information.

NOT YET AN INSIDER?

Become an Insider today and remember to make sure you bring your Insider card with you each time you visit.

Join us for Christmas Jumper Day on December 10 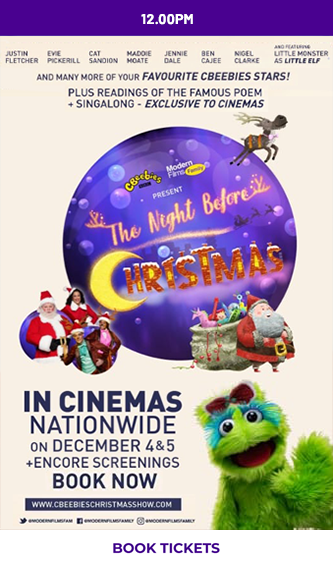 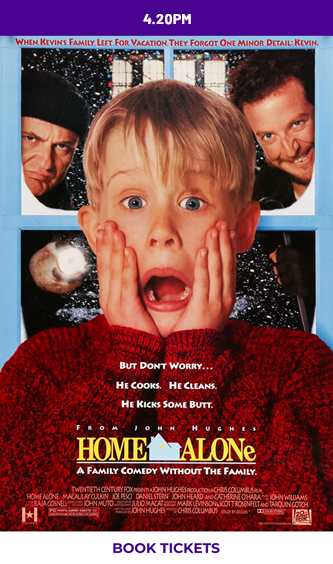 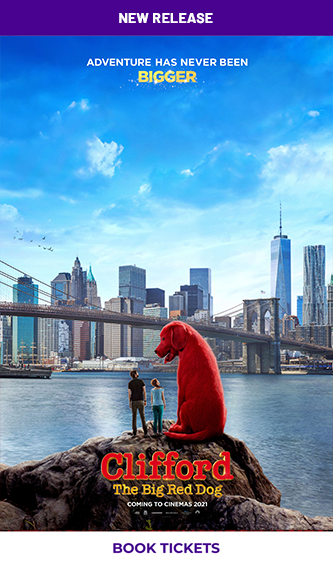 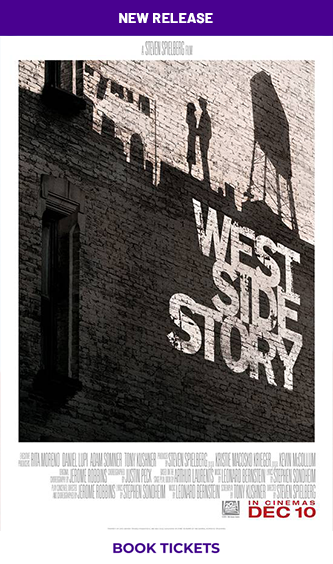 CBeebies: The Night Before Christmas

Inspired by the classic poem, 'The Night Before Christmas', audiences will follow the adventures of Holly and her brother Jack on Christmas Eve as they send their wishes to Father Christmas. But then they have to deal with the mischievous Wish Taker who steals those wishes, leading Holly to travel far and wide in search of them. Will she succeed and ensure Father Christmas has all the wishes in time for Christmas Day?

Eight-year-old Kevin McCallister (Macaulay Culkin) has overnight become the man of the house! Inadvertently left behind when his family rush off for their Christmas holiday, Kevin must protect the family home from two bungling thieves (Joe Pesci and Daniel Stern).

Written by John Hughes (The Breakfast Club (1985), Ferris Bueller’s Day Off (1986), Planes, Trains and Automobiles (1987) and directed by Chris Columbus (Mrs. Doubtfire (1993), Harry Potter and the Philosopher's Stone (2001), Harry Potter and the Chamber of Secrets (2002)), Home Alone is undoubtedly a glorious slice of Christmas cinematic fun.

When middle-schooler Emily Elizabeth (Darby Camp) meets a magical animal rescuer (John Cleese) who gifts her a little, red puppy, she never anticipated waking up to find a giant ten-foot hound in her small New York City apartment. While her single mum (Sienna Guillory) is away for business, Emily and her fun but impulsive uncle Casey (Jack Whitehall) set out on an adventure that will keep you on the edge-of-your-seat as our heroes take a bite out of the Big Apple. Based on the beloved Scholastic book character, Clifford will teach the world how to love big!

2.  One free small popcorn (sweet or salted) will be given per Insider member on presentation of a valid Insider membership card, QR code (on our mobile app) and an admission ticket for a film screening on Friday 10 December, 2021 whilst wearing a festive garment.

3. The admission ticket must be for a film showing at any Showcase or Showcase Cinema de Lux location on Friday 10 December, 2021 only.

4. The decision of Showcase Cinemas in all matters is final and binding.

5. Showcase Cinemas reserves the right to withdraw the promotion due to circumstances beyond its control.

6. Neither Showcase Cinemas/Showcase Cinema de Lux/NATL. Amusements (UK) Ltd. or any other respective agents involved with this promotion shall be liable for any failure that is caused by something outside its reasonable control.

7. There is no cash alternative.

8. Maximum of one free small popcorn per member