To celebrate the release of No Time To Die in April, we are showing each classic Bond film to ensure that you are truly shaken and stirred. Enjoy all of the old favourites all the way up to the release of the new film.

Tickets are just £5 so you can relive the thrilling action on the big screen - don't miss any of the action! 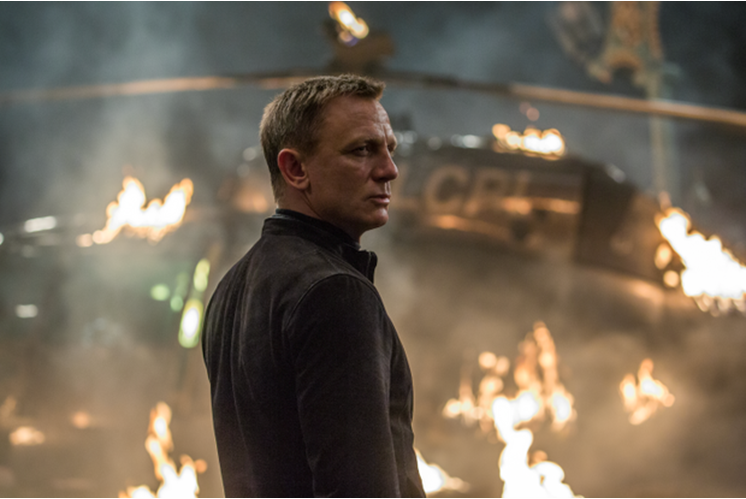 Initially Bond thinks he is investigating a gold-smuggling ring but shady businessman, Auric Goldfinger, has plans that run much deeper than that, with the gold reserves at Fort Knox in his sights.

Originally this was set to be Bond's first screen outing, but legal ramifications held up the plans. Terrence Young, director of the first two Bond films, returned to direct Thunderball, and to dazzling effect, with the film becoming one of the most financially successful Bond films ever.

The tenth film in the franchise and Roger Moore's third, the actor called The Spy Who Loved Me his personal favourite, and you can see why! The film has it all: stunning set pieces, magnificent sets and locations and great Bond baddies Stromberg and Jaws.

Karl Stromberg (Curd Jurgens) is a megalomaniac, who after triggering WWIII and destroying the world wants to set up a civilisation underwater. Bond must do battle against Stromberg's bodyguard Jaws (Richard Kiel) if he is to save the world.

Acclaimed director Sam Mendes came on board to direct Skyfall, marking Daniel Craig's third outing as the secret agent and took the franchise to new heights. It became the first Bond film to take over $1 billion at the box-office, won two Oscars and countless other awards, in a fitting tribute to the 50th anniversary of the series.

Former MI6 operative Raoul Silva (Javier Bardem) has gone rogue and under his new guise as a cyberterrorist, is out for revenge. Silva blames M (Judi Dench) for his capture and subsequent torture leaving him disfigured. The retired Bond must come back in to the fray help his former paymasters.

Daniel Craig's fourth film as Bond, and the second to be directed by Sam Mends, Spectre sees Bond once again face off against Ernst Stavro Blofeld (played by Oscar winner Christoph Waltz).

After receiving a cryptic message, Bond follows the clues to Mexico and Rome where he finds Lucia, a widow of a notorious criminal. After infiltrating SPECTRE he soon learns he has more in common with his enemy, Blofeld, then he would like.

Sent to New York to investigate the deaths of British agents, Bond uncovers the mysterious Mr. Big (Yaphet Kotto). 007 is soon caught in the voodoo master’s web of gangsters, led by henchman Tee Hee Johnson, who has a pincer for a hand. Solitaire (Jane Seymour), a psychic, is on hand to help Bond in his quest.

Sean Connery returns to the screen as James Bond and once again must face off against his arch nemesis, Ernst Stavro Blofeld, this time played by Charles Gray.

On the trail of a diamond smuggling operation, Bond travels to Las Vegas where he uncovers an extortion racket led by Blofeld, who aims to use the diamonds in his laser satellite. Bond girl Tiffany Case (Jill St. John) is on hand to help Bond succeed.

The fifth film in the 007 series sees Sean Connery reprise the title role. James Gilbert helmed this film and would go on to direct The Spy Who Loved Me (1977) and Moonraker (1979). With Russia and the US blaming each other for the hijacking of their space rockets, it takes Bond to discover the real culprit is Ernst Stavro Blofeld (Donald Pleasance), who is ready to bring the world to the brink of WWIII from his Japanese volcano hideout.

We'll be on sale with more of the franchise soon so please check back!